68 Medals So Far As Pearson Dances To Remarkable 14th Gold

The GB Paralympics Team is making us proud with a total of 68 medals to date.

Sir Lee Pearson danced to a 14th Paralympic gold medal on his horse Breezer and in a glimpse of the future, was joined on the podium by 25-year-old Games debutant Georgia Wilson.

The pair are separated by 22 years of age - this is Pearson’s fifth Games and Wilson’s first - but both shone in the dressage individual freestyle test Grade II on the final night of equestrian competition. 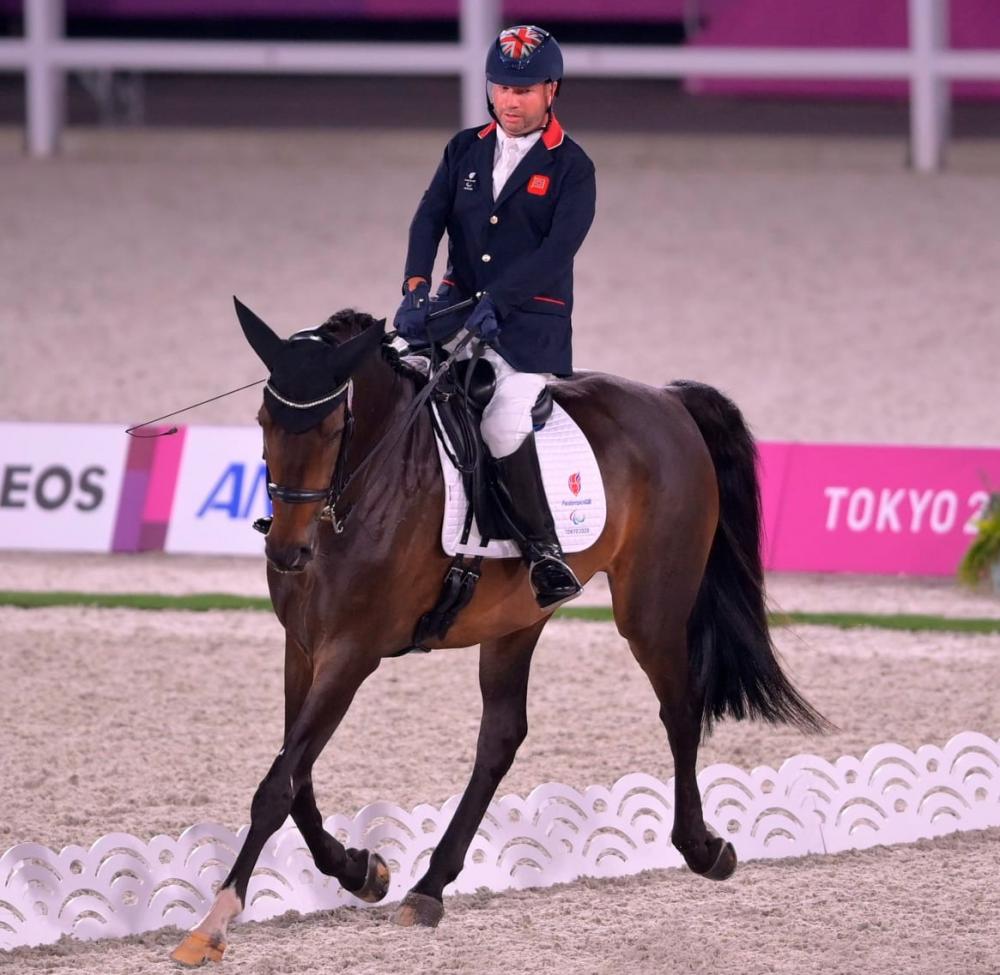 Sir Lee Pearson was supreme as he won a 14th Paralympic gold medal
“I didn’t care if I medalled, that horse gave me his heart in there,” said Pearson.

“He was nervous in there, we had a tiny little spook before I entered and I said: ‘daddy’s here, come on, we can do this.’

“Deep down, I believed we’d leave the arena retired. I truly believed that. But a little bit deeper down, I just thought he has brilliant power and if I don’t muck up, he had a chance.

“He pulled out eight per cent better than he’s ever done and what a time to do it.”

For a few hours at least, the legendary rider will be one gold behind Dame Sarah Storey as the third-most successful British Paralympian.

“I don’t do this to out-medal Sarah, she’s a phenomenal athlete and I’m proud of her,” he said.

“I just keep loving horses. That drags you through the snowy days, the bad days when the horse doesn’t communicate with you. That’s why I’m here.” 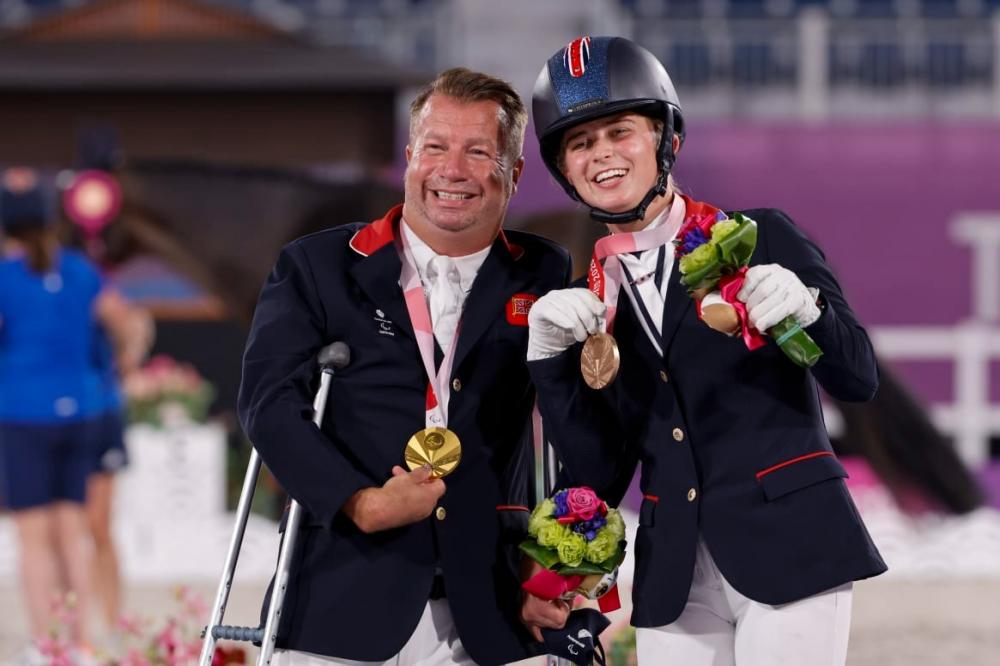 Georgia Wilson joined Sir Lee Pearson on the podium for the second time at Tokyo 2020
Wilson shouldered the pressure to score 76.754% with Sakura and win her second Paralympic medal – matching the bronze from the individual test last week.

“I’m on top of the world, I didn’t expect to go in there and win bronze,” said Wilson, who is coached by Sophie Wells.

“I just want to do this all over again, to show what else I can do and keep building the collection.”

Lottie, whose showname is Keystone Dawn Chorus, struggled in the searing heat but still produced a routine worth 77.614% to earn a podium place. 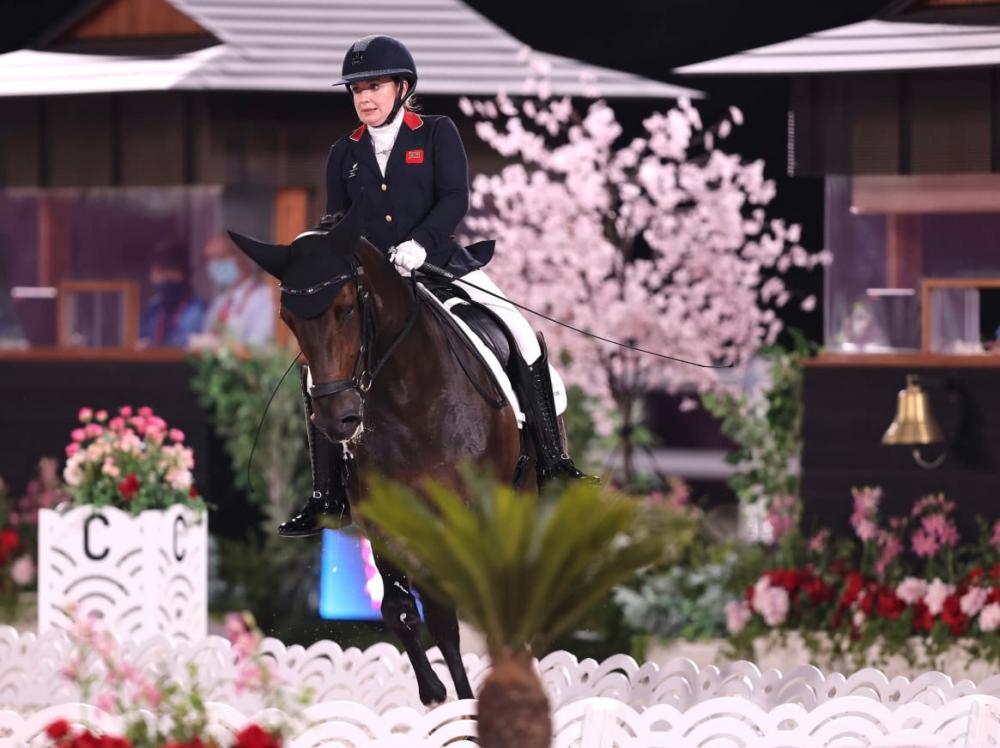 Natasha Baker claimed another silver medal at these Paralympic Games
The 31-year-old finished only behind a brilliant routine from Denmark’s Tobias Jorgensen, who scored a remarkable 84.347% on Jolene Hill.

It marked a stunning major championship debut for the 10-year-old Lottie, partly owned by Baker, who didn’t eat on her journey to Japan but found her feet when it mattered.

“I’m absolutely over the moon,” said Baker. “She went in there and just handled it again. She’s grown in confidence each day.

“The way she has mentally handled this whole situation, she has never been out of the country, so I’m just overjoyed with her maturity and her professionalism.

Wells anchored ParalympicsGB to team gold on Sunday night, as well as claiming silver in the Grade V individual test last week, but another medal routine was too much for Don Cara M. 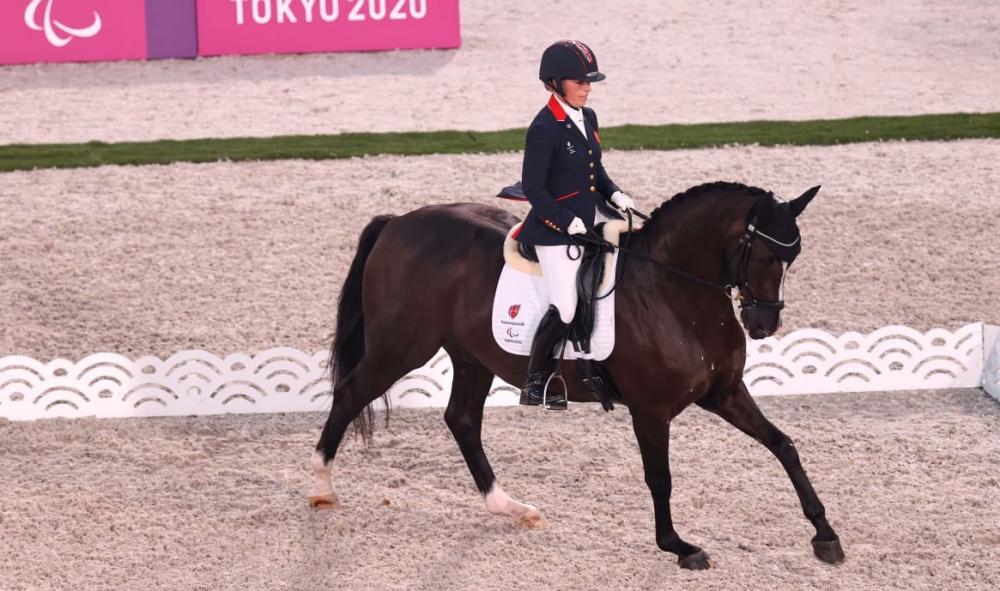 Sophie Wells couldn't quite add another medal to her collection in the Grade V competition
Facing the music proved too daunting for the 12-year-old ride Don Cara M, who stepped in at the last minute for Wells’s top ride C Fatal Attraction and has battled nerves throughout the event, as they scored 73.560% to finish fourth.

“He could have done that all week, and that’s the thing with him,” said the 31-year-old.

“He’s almost got hotter as the week’s gone on. But I can’t be disappointed at all, he’s done amazing this week and we’ve got two medals.”