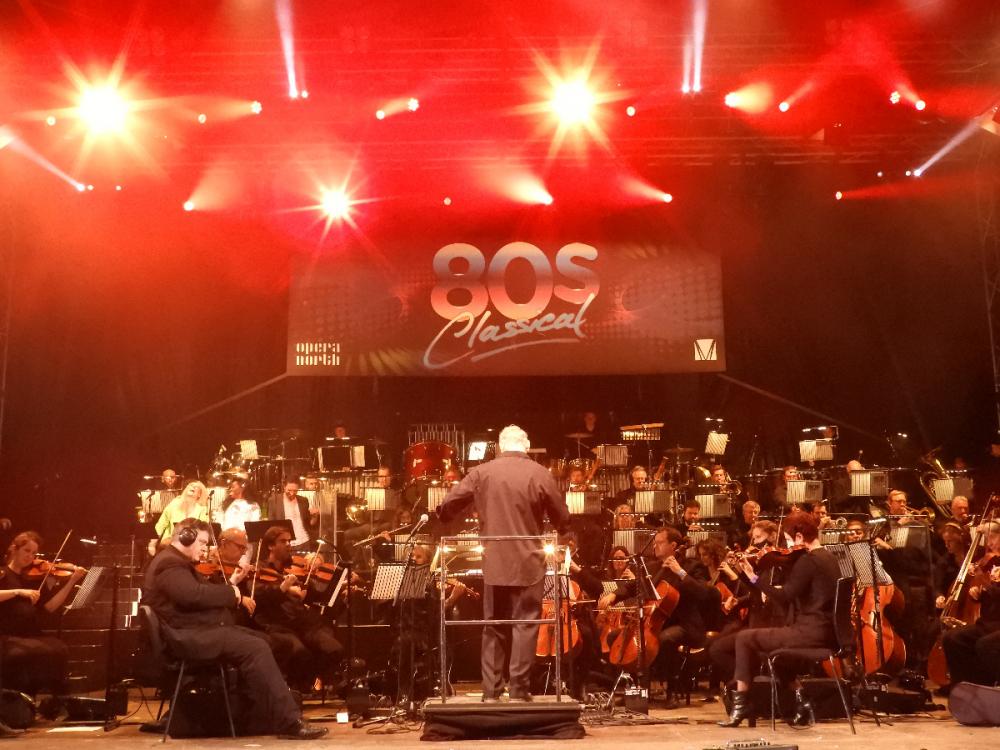 The hit songs from pop’s golden era of the 1980’s have weathered better than the fashions of the day: think shoulder pads, ra-ra skirts and day glow colours and you can see why perhaps these items are now at the back of many an 80s music fans wardrobe, until that is they decide to give them another airing for their next 80’s concert!

The idea of presenting these songs in a classical setting is not entirely new - ABC have in the past toured with an orchestra recreating the ground breaking Lexicon of Love album which when originally recorded benefitted from orchestral arrangements.

Arranged and conducted by Cliff Masterson, Opera North’s 60 piece orchestra, along with some of the acts of these 80’s classics took the Millennium Square audience in Leeds back to a time when pop music was at its most colourful and joyous. 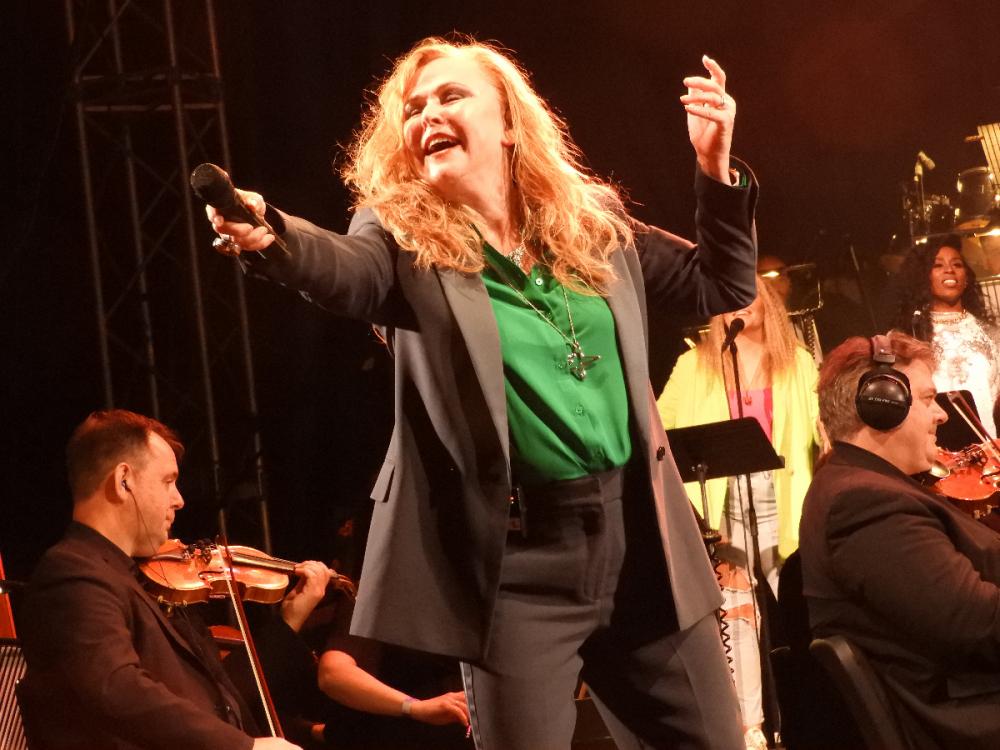 Carol Decker
T’Pau lead singer Carol Decker could have not wished for a better birthday present than the rapturous reception she received when she performed Heart and Soul and the song that most people associate her with, China In Your Hand. The latter lent itself effortlessly into a classical arrangement. 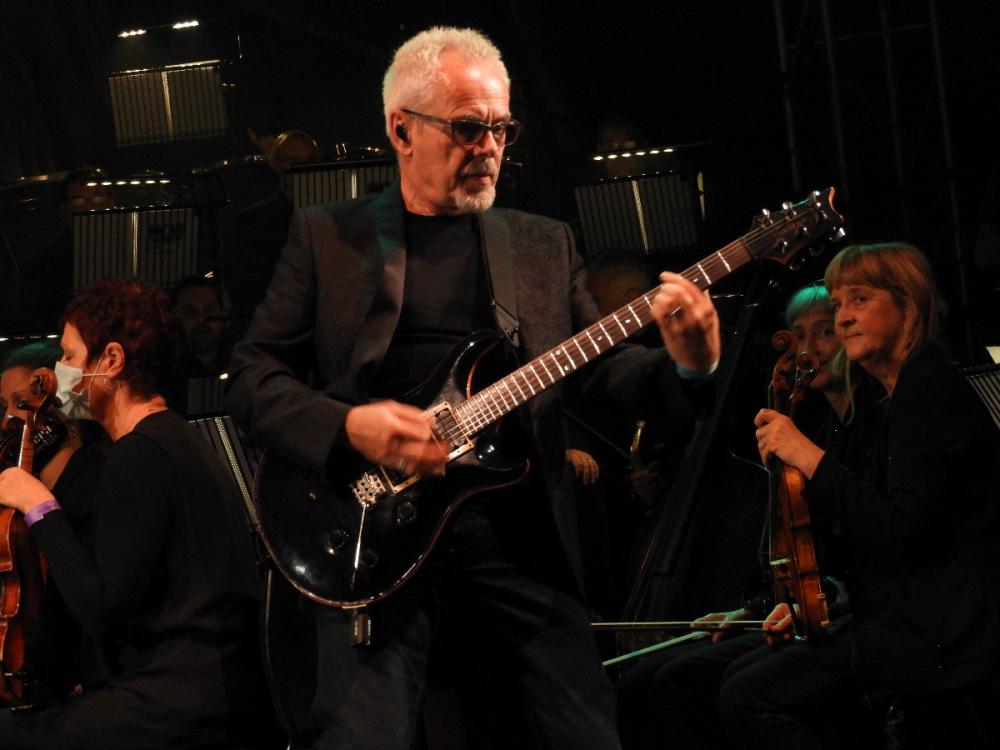 Nik Kershaw
Nik Kershaw always seemed to be the more reluctant pin- up of the day, wishing more to become remembered as a musician and songwriter. Human Racing the title track of his debut album appeared to be chosen to be performed not because the fans remembered it fondly, more that it fitted into a classical format.

Of course his hits such as Wouldn’t It Be Good and I Won’t Let The Sun Go Down On Me followed. 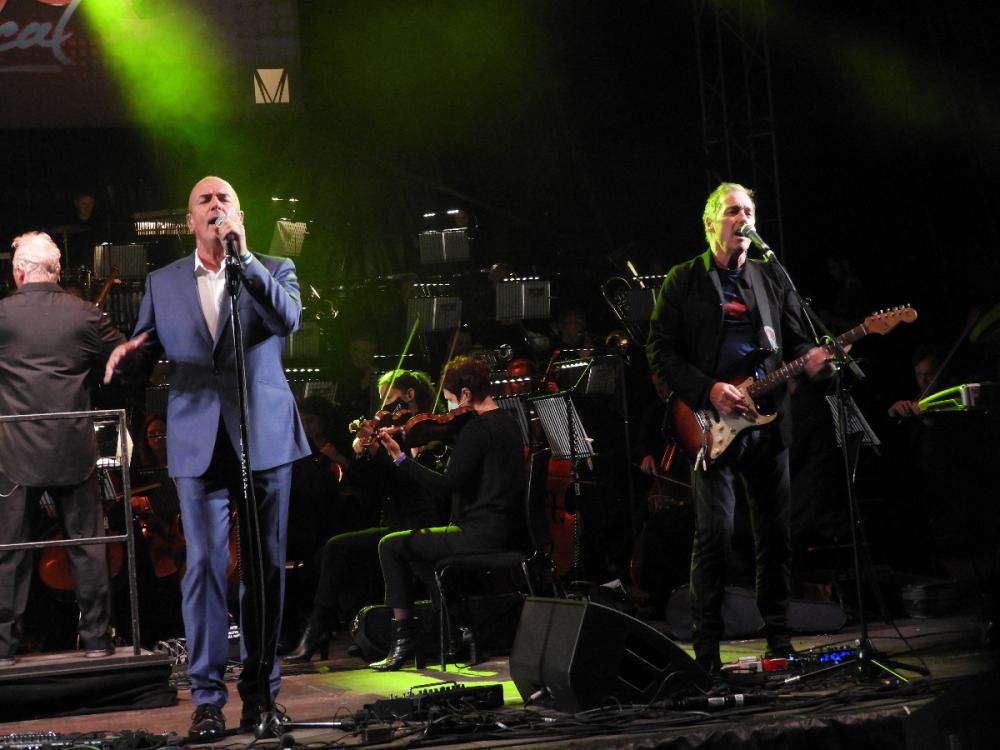 Go West
Go West provided a soulful touch with the vocals of Peter Cox being as strong as ever. Dressed in a blue suit he still cut a commanding figure. With a voice like this it made you wonder why we don’t hear more of him on newer tracks. I am sure that there will be a soulful house track out there waiting for his vocals?

Don’t Look Down, Call Me and their introductory hit We Close Our Eyes benefitted from an orchestral arrangement. 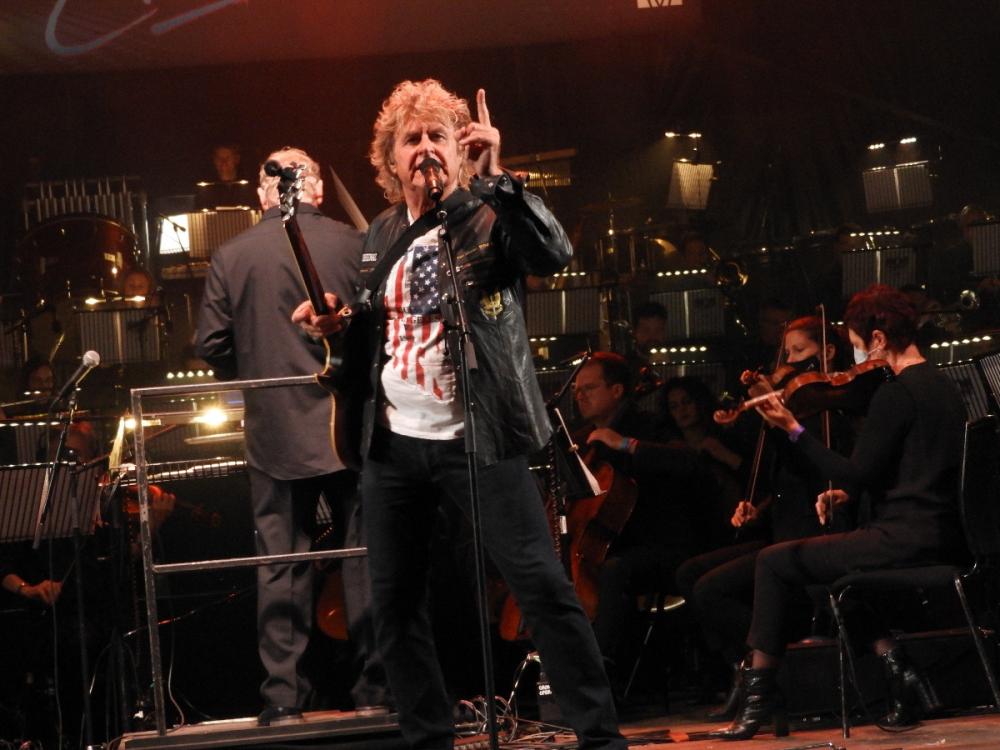 John Parr
Worksop born John Parr arrived on stage with a guitar that appeared to be more of a prop than to actually play. His biggest hit St Elmo’s Fire (Man in Motion) in its new classical guise appeared to be an effortless transition.

The decision to let Opera North orchestra free reign on some of the 80’s biggest hits was a wise one: their versions of The Eurythmics Sweet Dreams (Are Made of This), The Jackson’s Can You Feel It and Toto’s Africa were both moving and momentous. 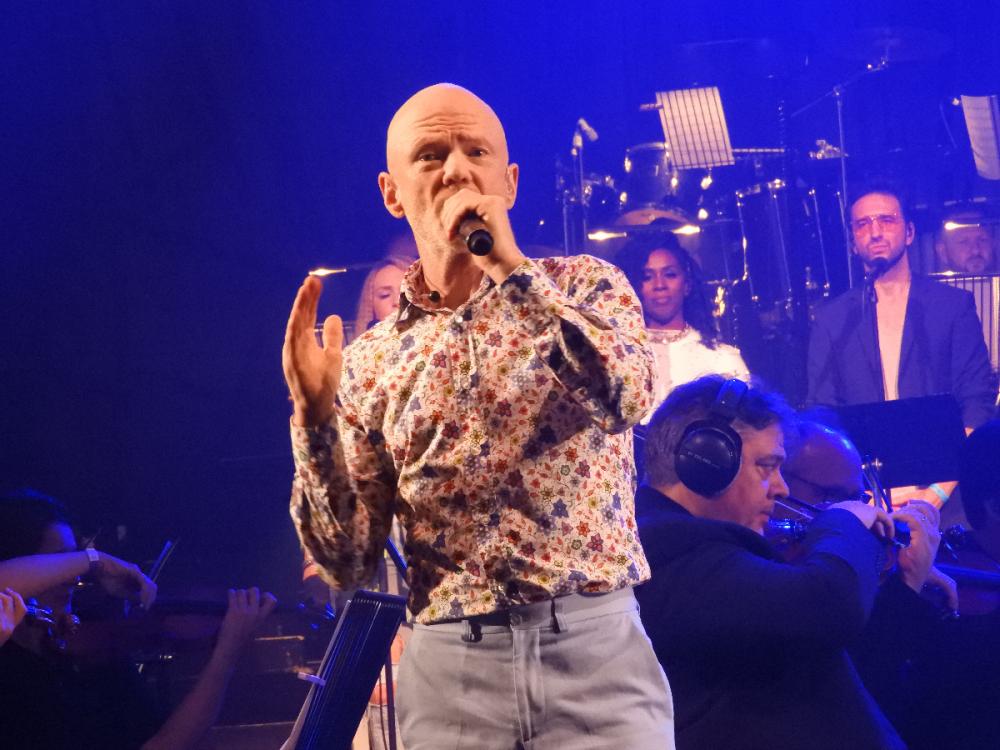 Jimmy Sommerville
Jimmy Somerville still dances around the stage as if his feet where on fire, though it was very much hit and miss whether his songs fitted into the classical format: So Cold The Night and You Are My World worked superbly - the lush orchestration of the original versions were added to building up to a tremendous crescendo.

Never Can Say Goodbye along with Don’t Leave Me This Way were both underpinned by a throbbing disco beat that in parts drowned out the orchestra when it might have been better to leave the disco beat in the background and let the string section be heard fully.

What’s not to say that in forty years time Opera North could be back performing with the artists of today such as Ed Sheeran and Adele - now there's a thought, sweet dreams indeed.
Also by Graham Clark...
Interviewing The VengaboysLet’s Rock Leeds! - The 80’s Music Festival Charms At Temple NewsamDuran Duran - No Ordinary World In ScarboroughAlbum Review: Metallica - The Black Album RemasteredKaiser Chiefs - Chiefly In Command In Halifax