The Sherlocks- World I Understand
4 Stars 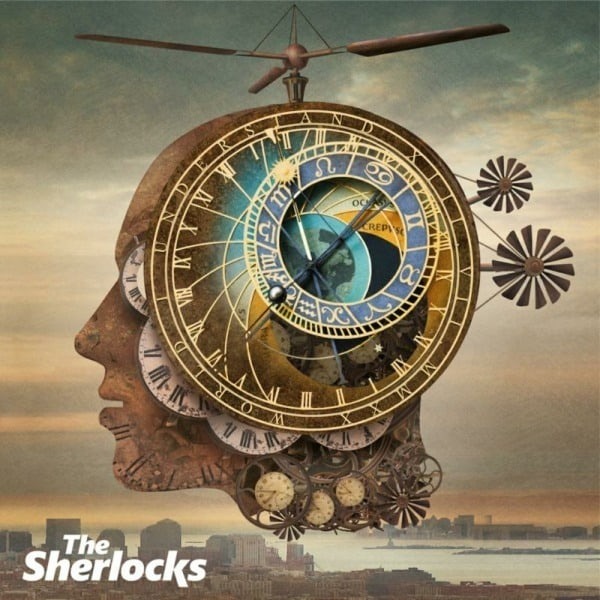 The Sherlocks were certainly a slow-burn overnight sensation. The Bolton-upon-Dearne band ascended swiftly from stints in working men’s clubs to rammed, buzzing and riotous gigs on the nearby Sheffield scene. They were embraced as the city’s next big guitar stars, set to launch the next wave of Sheffield alt-rock, which they did.

As they stepped onto the NME/Radio 1 Stage at the Leeds leg of Reading & Leeds 2017, they announced to a packed tent that their debut album Live For The Moment had, that very day, entered the UK albums chart at Number Six.

There has not been a indie rock act to really break through to the big time since probably Arctic Monkeys. It would be pleasing if The Sherlocks were the next group from the genre to play arenas and stadia and become the soundtrack for a generation.

The songs on this powerful album sound like they have been written to be performed in stadiums such is their big sound that owes a lot to The Killers, Kings of Leon and at a push Noel Gallagher.

It would be easy to be fooled by the short instrumental Porto that opens the album as things take off like a rocket with Falling. Built around a blistering guitar hook and a vocal that sounds like Liam Gallagher, the track has more energy than a crate of Red Bull. When the band tour this spring you can be sure that the track will be one of the highlights.

Wake Up is where The Sherlocks show that they are big fans of The Killers. The song is as good as anything The Killers have done though the wall of sound makes the band sound rich, meaty and powerful.

That guitar hook which rides throughout a song is back again during On The Run. Hopefully the energetic sound evident throughout the album can be replicated live. Manic Street Preachers producer Dave Eringa seems to have injected a new lease of life into The Sherlocks.

City Lights again has a Killers influence . Sounding even better when played loud the song comes with a memorable chorus on a track that elevates the band to a higher level.

By the time the album closes with Slip Road - the only track on the album to last four minutes, The Sherlocks have delivered their best album yet. The wait has been worth it on this mighty album.