April Fools' Day is classed as one of the most light-hearted days in the calendar year. It has been celebrated by different cultures for several centuries, but its exact origin remains a mystery.

The day really isn’t funny for the person who gets fooled and also it encourages people to tell lies.

People who were slow to get the news that the new year had moved to 1 January and continued to celebrate at the end of March into April were the butt of jokes and hoaxes.

April Fools' Day has also been linked to ancient Roman festivals which involved people dressing up in disguises.

Another speculation is that 1 April is connected to the first day of spring when Mother Nature fooled people with unpredictable weather.

The first recording of April foolishness was recorded in Geoffrey Chaucer's The Canterbury Tales. The book was written in 1392 and associated 1 April with foolishness.

April Fools' Day (or All Fools' Day) is not a public holiday but is observed throughout the Western world and has been a popular tradition since the 19th century.

It is a day for people to play harmless jokes or pranks on their friends and colleagues by getting them to look for things that don't exist, sending someone on a 'fool's errand' or trying to get them to believe ridiculous things and then shout 'April Fool'. 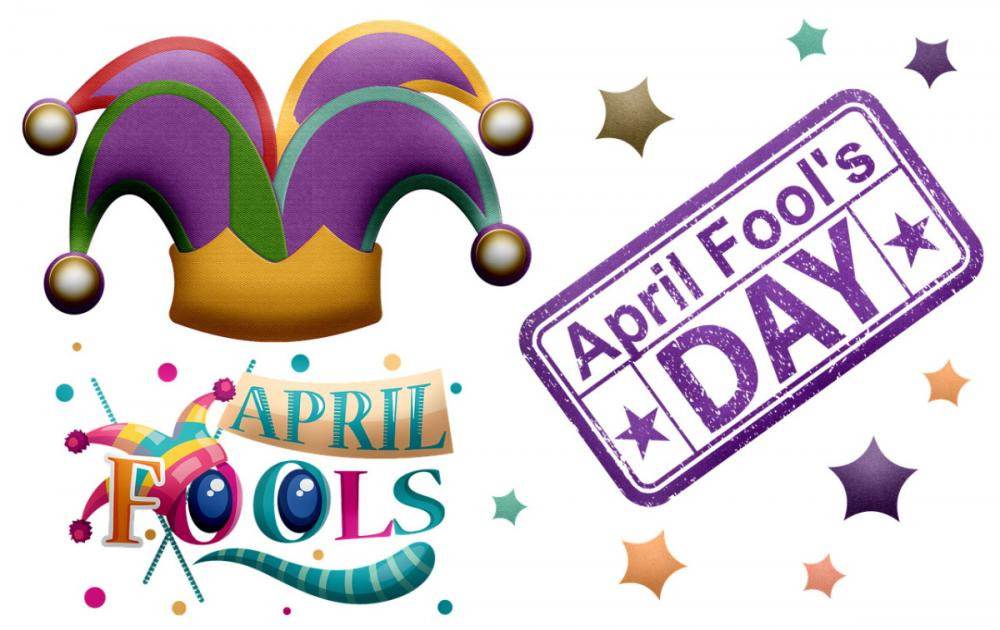 But beware as if the joke is after midday then the person playing the joke becomes the 'April Fool'.

Fake stories are often published in the media and are usually explained in the small print or reported the following day.

1957 - the BBC broadcast a film on Panorama showing Swiss farmers harvesting freshly grown spaghetti from trees. The BBC was inundated with viewers wanting to know how to cultivate their own spaghetti plant.

1965 - the BBC TV showed an interview with a professor who claimed that people could smell the things shown on TV. The technology was called 'smell-o-vision'. Coffee beans and onions were shown to people who were asked to report if they smelled the items. Some people fell for it and even said the onions made their eyes water.

1976 - the BBC announced that on that day the gravity of earth would be reduced by a certain level and whoever jumped in the air would lightly float in the air! People who hadn’t noticed the date might have jumped to realize that mother earth cannot lose its attraction and that’s where BBC’s mission might have been accomplished.

1998 - Burger King introduced a left handed Whopper with all the condiments swirled on the burger anti-clockwise. It was so popular that people were trying to order them in store.

2005 - the Today Programme on BBC Radio 4 announced in the news that the long-running serial The Archers had changed its theme tune to an upbeat disco style.

2008 - the BBC caught viewers out by running a video clip of flying penguins, claiming the birds were flying to tropical rainforests in South America to escape the harsh Antarctic weather.

2017 - Coffee-Mate introduced a coffee flavour so your favourite coffee could taste more like coffee!

2019 - a Florida Aquarium unveiled an attraction called Moon Bay. The 2,000 gallon tank contained translucent moon jellies, a type of jellyfish which visitors could touch. Apparently they were instructed in the safe and correct place to touch them. Moon jellies are technically a form of gelatinous zooplankton and not fish at all.

Apparently in 2020, because of the coronavirus pandemic, they decided it was not the time for jokes and in 2021 they have cancelled the jokes for a second year in a row.


Some famous people born on 1 April


Gooseberry and elderflower fool - Photo by Ewan Munro
A fool is an English dessert.

Once again in 2021 April Fools' Day will be quite different and perhaps quite intense as most of us are still staying home, working from home or just starting to come out of shielding because of the lockdown. At least we have had a few days of good weather to be able to enjoy the slightly relaxed meeting of 6 people or 2 households outside, even in gardens.

In this unprecedented time, we certainly don’t want any April Fools' jokes or fake news about the coronavirus pandemic.