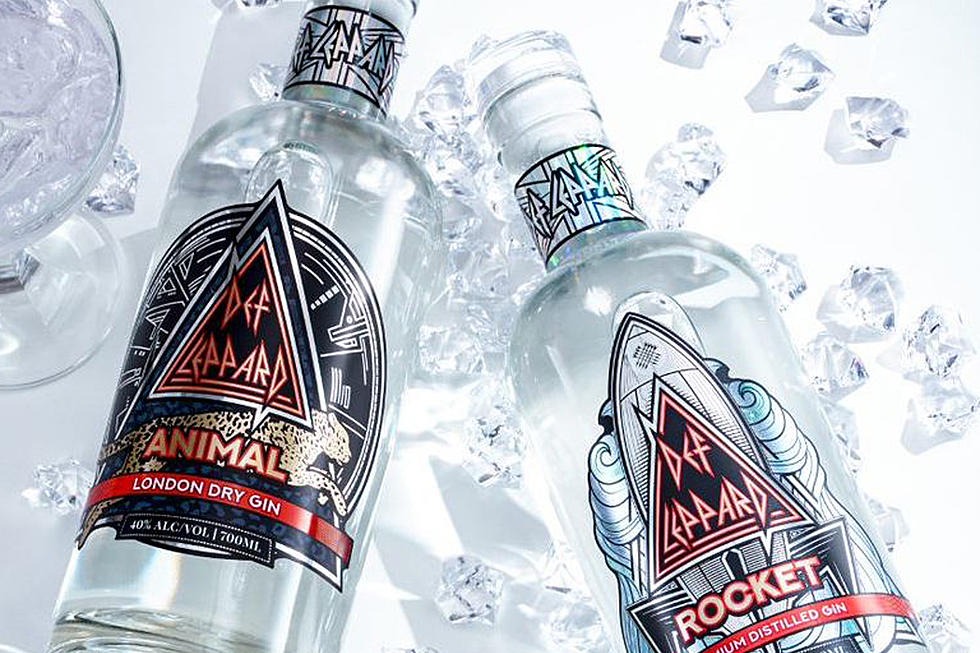 Sheffield's Def Leppard are turning 45. Having formed as Atomic Mass back in 1977, the group went on to become one of the world's best selling bands ever. Boasting record sales of over 100 million, they are one of only five rock bands to have received the RIAA diamond classification - though they have achieved this for not just one album - but two! So, how does a phenomenon of Def Leppard's stature mark such a huge landmark with their fans?

Naturally there was the release of their 12th studio album, Diamond Star Halos, which claimed the #5 spot in the charts and the accompanying tour. However, for those wanting a keepsake (or who just fancy a little tipple), the group have launched their own Premium Gins; Animal and Rocket.

Teaming up with Brands For Fans and the company’s in-house master blender Daniel Henriksson, the quintet offers up a London Dry (Animal) and a Premium Distiller (Rocket) which both retail at £31.73 for 700ml.

The artwork alone is impressive and would draw fans and non-fans alike into the product. With the label artwork paying tribute two singles from the band's first #1 charting album, Hysteria, this is an obvious purchase for those wanting a little Def Leppard memorabilia for display purposes, as opposed to drinking.

Yet, surely, a gin is all about the flavour - and neither Animal or Rocket disappoint. Animal is a bold, flavoursome London Dry, with strong notes of juniper and lemon, it is a solid choice for a gin traditionalist.

Rocket is quite a different beast. Paying homage to the lavender labyrinths in Sheffield's Manor Lodge, Rocket is a slightly sweeter affair. Although it contains no added sweeteners, the combination of the juniper and lavendar leaves a striking, long-lasting sweet sensation of your palate. While it still has the kick you'd expect from rock icons, it is delivered in a more floral fashion.

Both Rocket and Animal would be purchase-worthy whether aligned with Def Leppard's 45th anniversary or not. These are very drinkable gins, which also happen to have a strong sentiment to help their sales.

https://brandsforfans.com/en/?country=en
Also by Jeremy Williams-Chalmers...
Interview with ADMTAlbum Review: Shania Twain - Not Just A Girl (The Highlights)Thousands Expected As Stars Line Up For First Ever Chase Pride FestivalAlbum Review: Hayley Kiyoko PanoramaNew York Singer-Songwriter And Producer Ade Is Back And Talks To Jeremy Williams-Chalmers