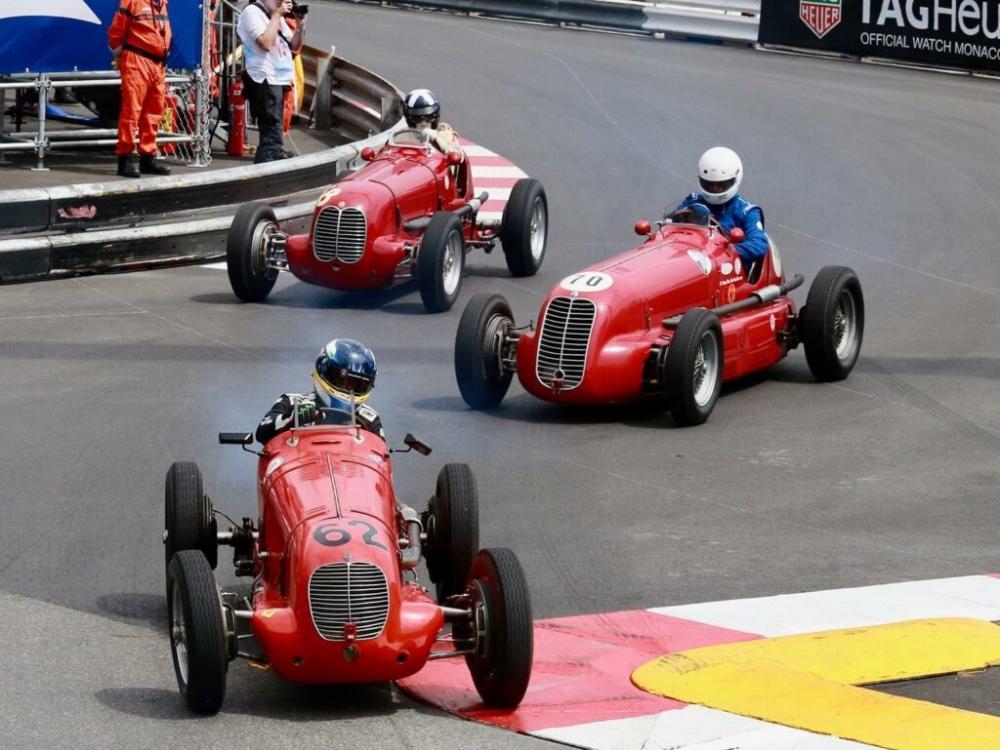 Ewen Sergison (at the rear) claimed a fourth place finish in his Maserati this morning
It’s very much motor racing season down in Monaco at the moment, with the all-electric E-Prix having taken place a fortnight ago and modern Formula 1 in town in two weeks’ time, but this weekend it has been the stage for the 13th Grand Prix de Monaco Historique series of eight races. What’s more, after claiming a podium finish at the same race meeting last year Doncaster’s Ewen Sergison returned to compete in three categories around the famous streets of the Principality with his AVIT! Motorsport team and even found time yesterday evening to get married to his team manager Rachel at a Monaco church whilst still wearing his race suit!

In yesterday’s qualifying session for the A1 race for pre-War Grand Prix cars and Voiturettes Sergison had set the fourth fastest time in his 1936 Maserati 6CM, third in class and 12 seconds behind poleman Mark Gillies in a 1934 ERA R3A.
This year full grids were again the norm after the pandemic had impacted the number of entrants in 2021 and what a glorious sight they all were, with approximately 200 cars spanning seven decades ranging from pre-WW2 to the early 1980s. The format of the three-day event is simple enough: practice on Friday, qualify on Saturday and race on Sunday, ie today.

In yesterday’s qualifying session for the A1 race for pre-War Grand Prix cars and Voiturettes Sergison had set the fourth fastest time in his 1936 Maserati 6CM, third in class and 12 seconds behind poleman Mark Gillies in a 1934 ERA R3A. This earned Doncaster’s fastest garage proprietor a place on the second row of the grid for this morning’s race and after nine exhilarating laps he reached the first chequered flag of the day in fourth position, just missing out on a podium finish.

The cars were there to be raced hard, not just taken for demonstration laps
Sergison’s second racing category for the weekend was the A2 one for front-engined Grand Prix cars built before 1961 and he qualified his 1958 Lotus 16 in tenth position, six seconds behind the German polesitter Claudia Hurtgen in her Ferrari Dino 246 from 1960. It was the second race on the timetable this morning and so Sergison had to jump out of his Maserati and quickly get into Lotus mode. This time he added an eighth place finish to his day’s tally.

The entry list for event F for three litre Grand Prix cars from 1977-80 also included Sergison and he qualified 13th in a 1978 Shadow DN9. This afternoon the flow of the race was interrupted by retirements and two full course yellow periods to enable the recovery of stranded cars, but Sergison stuck to his task, stayed out of trouble and finished a creditable eighth. 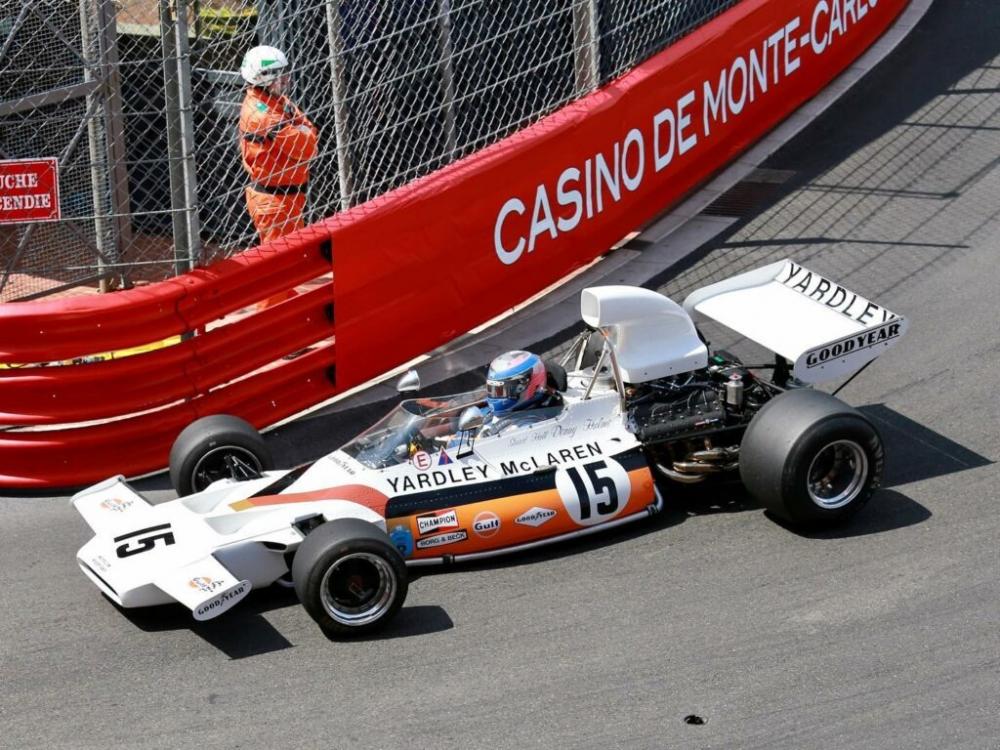 The beautifully maintained machinery was both fast and colourful
Monégasque Charles Leclerc, who currently heads this year’s Formula 1 Drivers’ Championship, visited the event, as did his fellow Monaco resident Max Verstappen, but the former had the misfortune of crashing an ex-Niki Lauda classic 312B3 Ferrari after suffering brake failure approaching the Rascasse righthander during a few demonstration laps. That aside, both no doubt allowed their thoughts to drift at times to their own racing around this iconic circuit in a fortnight’s time, although they have the small matter of the Spanish Grand Prix at Barcelona next weekend to deal with first.
Also by Graham Read...
Verstappen Holds Off Sainz In CanadaA Fine Recovery Effort By ﻿United Autosports At Le MansRed Bull 1-2 In Baku As Ferrari ImplodesPérez On Top After Chaotic Monaco GPVerstappen Wins In Spain After Leclerc Retirement