Give People More Control Over Their Energy Bills – CBI 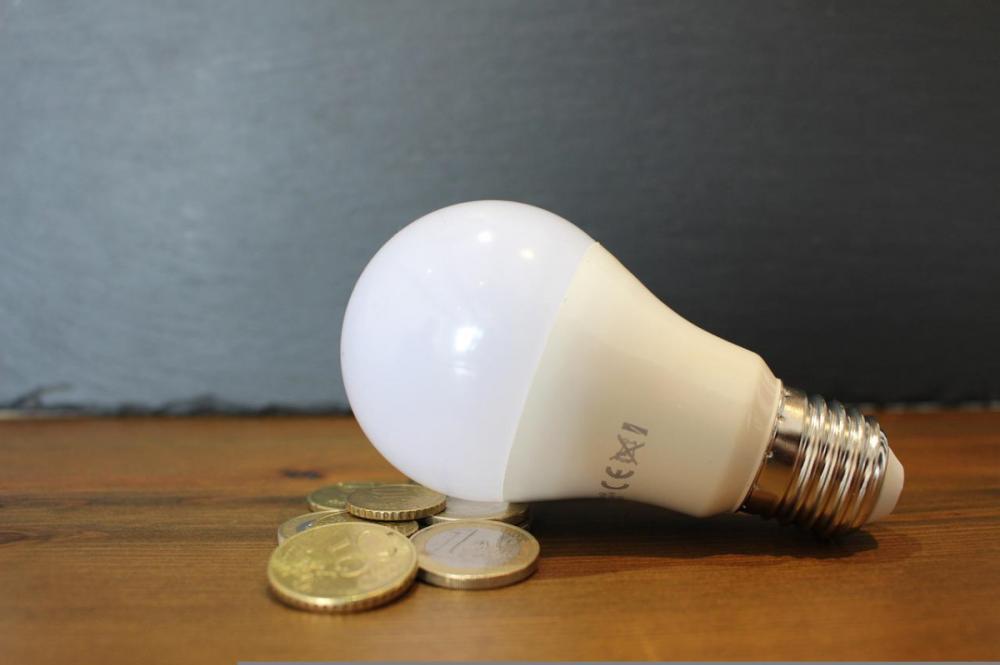 Image by VV1ntermute from Pixabay
Opening the CBI’s Annual Net-Zero Conference, CBI Director-General, Tony Danker, will call on the Government to make “an all-out national effort” on energy efficiency. He will outline his strategy to simultaneously reduce energy bills at a time of high inflation and spur economic growth.

Speaking to an audience of senior business leaders at the Science Museum in London, Tony will say people must not be left “at the mercy of global oil and gas prices”.

The best solution is to give people the tools to manage their demand via energy efficiency measures like home insulation. Second, by being an “early mover” on new green growth opportunities as the UK has been with offshore wind. Calling out climate sceptics he’ll say, “business and government must show decarbonisation is the solution, not the problem. We must show now how it delivers lower bills, better jobs, and brighter economic prospects”.

people must not be left “at the mercy of global oil and gas prices”.
Research shows retrofitting UK properties to improve energy efficiency could save households around £500 (for those homes rated D or worse for energy performance to a C) and cut energy costs for small and medium sized businesses by up to a quarter.

At the CBI event, sponsored by Bain & Company, Equinor and National Grid, he’ll urge Government to scrap its “fits and start approach” to energy efficiency, and instead find a long-term solution.

Back critical technologies that will support the world’s decarbonisation in the decades ahead. Confirm business models for hydrogen production and carbon capture and storage by 2023; alongside backing the deployment of two additional carbon capture clusters by 2030.

Tony Danker
Tony Danker, CBI Director-General is expected to say:
“The war in Ukraine has made the switch to clean energy more urgent – to guarantee global security, national security and the security of every family in our country. Inflation changes the game too.

“People feel powerless, some are at breaking point. Their lives at the mercy of global storms that they and even their own government have little ability to control. While the Government’s recent support package will help ease some of the pressure, they’re clear it’s a temporary solution.

“Energy prices are likely to be higher for longer than we imagined. Reimagining the supply side to reduce our fossil fuel use further will take years not months. This is a long-term crisis that needs a long-term solution, but people need a fix now.

“It’s driving something of a backlash against net zero, partly understandable in the circumstances. Yet coming most forcefully from long-time sceptics. Arguing net zero is a costly distraction. Better we stick with fossil fuels. Currently, the public don’t quite agree. Despite all the challenges, the surveys show continued commitment to tackling climate change.

“But we can’t be complacent. Business and government must take this seriously. We must show decarbonisation is the solution, not the problem, or we’ll lose that support. We must show now how it delivers lower bills, better jobs, and brighter economic prospects.”

On how decarbonisation can bring down energy bills, Tony will say:
“Going green will cut people’s energy bills. By giving people more power to use less energy and limit the impact of rising fossil fuels prices on their lives. The Government’s Energy Security Strategy commits to fresh targets on the supply side. But what it fails to do in this crisis is say anything about the demand side. There are lots of ways to help people bring down their bills.

“The UK has some of Europe’s oldest, leakiest buildings. UK homes lose heat up to three-times faster than more energy-efficient homes in countries, such as Germany. It’s estimated that government cuts to climate policies over the last decade, including energy efficiency measures, have added around £2.5bn to the nation’s energy bills, costing households over £40 a year. To be on track to achieve our targets, the UK needs to invest around £5.2bn every year to 2035 in making homes more energy efficient. That amounts to a split of around £1.7bn of public investment per year and £3.5bn private from landlords and homeowners able to pay.

“That sounds expensive. But higher energy bills and resulting inflation just cost the Chancellor £22bn’s worth of support in the Spring; £15bn in May; and we haven’t reached October yet. Do we want a new normal of energy efficiency or a new normal of billion-pound bailouts every quarter?”

On what government can do to help improve energy efficiency, Tony will say:
“We must fulfil the commitments this Government made to close the investment gap in energy efficiency. Commitments in their manifesto, no less. Let’s learn lessons from where previous policies like the Green Homes Grant have failed. And get a plan in place.

“We can get started really fast. The ECO scheme has outlasted others. It supports fuel poor households to save through energy efficiency measures. As such, it’s the fastest tool we have to get thousands more homes upgraded before the winter.

“It works simply. Obligated energy suppliers help promote and fund the installation of energy efficiency measures for these households, such as loft or wall insulation, or heating solutions, working together with installers. But households and suppliers still await confirmation of its next phase, nearly two months since its end in March, when the energy price rises really began to hit.

“The Government has the opportunity right now to prioritise the legislation of the fourth ECO scheme before the summer recess. And we can also go further. We’re asking the UK Government to commit an additional £1bn of support annually and create ECO+, to help more households get started on the journey.

“Under ECO+, government funding could be matched by customer contributions – and made affordable through government working with banks and employers to develop green finance options that help spread the cost.
“It’s time to get serious about energy demand. There’s nothing libertarian about asking people to wait decades for Government to fix supply. Let’s do something now to give people the power they need – literally – to manage the cost of living.”

On what business can do to help improve energy efficiency, Tony will say:
“What we’ve set out on energy demand and supply side, will allow Government to stop acting like a pressure cooker - forever responding to events when they boil over. But there’s work for businesses too. First, helping customers and employees cope with current hardship. Providing advice alongside direct assistance or payment plans to ease the burden.

“As for energy suppliers, taking measures, such as the Vulnerability Commitment, using data from smart and prepayment meters to target and strengthen support for vulnerable customers and continuing to help customers fit energy efficiency upgrades and tools like smart thermostats.

“To every firm, stay on track on your own net zero journeys. If you’re well on your way to decarbonising your operations, products and services, build on your achievements. Increase your ambitions. And look to see how you can help your customers, supply chains and other firms beyond your sector get on too.”

On green growth, Tony will say:
“Going green will bring the UK economy its first post Brexit boom and allow us to genuinely outcompete the rest of the world. The UK prize on offer is already worth tens of billions of pounds and rising. The UK needs to be hungry and ready to compete for the lion’s share of that investment.

“That means green jobs across the country, helping local economies ─ not just the national bottom line ─ all the while strengthening our global competitiveness for decades to come.

“At a time when growth is stalling in the UK and across the world, and the UK Government is looking for solutions that won’t overheat the economy or break the bank. More than ever green growth is the growth bet we need. The money is green; and today we have a competitive advantage. But that position is under rapid attack from our competitors. We dare not squander it.”