So it is that time of year again when the good news is we get an extra hour in bed, but the bad news is that the nights are drawing in and it will be getting darker earlier. No wonder people jet off to faraway places to get that last bit of sun before the winter takes hold.

A little poem that reminds me autumn is well and truly here, summer gone and winter on its way:

Rustle, rustle go the leaves
On the forest floor
Up above the sky is grey
Not bright blue as before!
When do the clocks change?

The clocks change twice every year to mark the beginning and end of British Summer Time, giving the UK an extra hour of evening daylight.

This weekend on Sunday morning at 2am we turn the clocks back 1 hour and we switch from BST (British Summer Time) or DST (Daylight Saving Time) and return to GMT (Greenwich Mean Time).

Most of us struggle to remember if we put the clocks forward or back. This happens twice a year. In spring we go forward and in autumn back.

The easiest way to remember which way is the saying:
'Spring forward, fall back'
The future

There is an ongoing discussion as to whether in the UK we should continue to change our clocks. A committee of MEPs in 2019 voted to scrap the custom of changing the clocks in spring and autumn by 2021.

The proposed end to the spring and autumn custom of changing our clocks could affect Britain even now we have left the EU, so will changing the clocks be a thing of the past, we shall have to wait and see.

Why change the clocks?

The theory behind daylight saving time, which dates back to 1895 and is observed by most of the Western world, is that people are generally more productive if daylight hours are extended in the evenings. British Summer Time was first implemented in 1916 and aside from a few deviations during wartime, it has remained ever since. 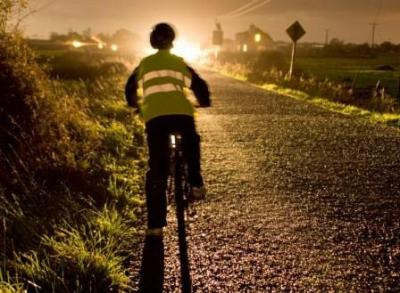 Pedestrians, including joggers, are being reminded that it is hard for motorists to see them if they are wearing dark clothing.

Drivers are urged to look out for vulnerable road users and watch their speed when the clocks go back this weekend.

Would having British Summer Time throughout the whole year significantly reduce road casualties, particularly to pedestrians, cyclists and schoolchildren?

When children are making their way home from school just after 4pm on weekdays is the peak time for pedestrian casualties.

In November between 5pm and 8pm research has shown that drivers have 30% more accidents than in October.

Another reason for not changing the clocks would mean that our sleep patterns would remain stable.

Humans get very used to certain cycles of sleep and by changing the time even by just an hour our bodies struggle to keep up.

Some sleep clinics have reported that after the clock change more patients come in with forms of insomnia.

It has even been reported that when the clocks change our bodies suffer from a mini version of jetlag, especially in summer when we lose an hour.

Experts say that because we all tend to rely on technology most of us will forget to put our clocks back this weekend.

We live in a digital world and according to a survey 41% said they would check the time on their phone first, which would be done automatically. But clocks on your oven and in your car will need changing, plus any other old-school analogue timepieces you may have around your house.

Spare a thought for Her Majesty's staff who will be spending over 40 hours between them altering her 1,000 plus timepieces in her Royal Collection - 450 timepieces at Windsor Castle, 600 at Buckingham Palace and 50 at the Palace of Holyroodhouse.

So don't forget to put your clocks and watches back 1 hour when you go to bed tonight – or perhaps let technology do it for you!

But the good news is you'll get an extra hour in bed except the poor people who are working Saturday night!

The period when the clocks are 1 hour ahead is called British Summer Time (BST). There's more daylight in the evenings and less in the mornings (sometimes called Daylight Saving Time).

When the clocks go back, the UK is on Greenwich Mean Time (GMT)