Barry Gibb is now the last one left of The Bee Gees who were in the latter 70’s the kings of disco. After a string of ballads in the second half of the 1960’s the trio reinvented themselves as masters of the dance floor with the soundtrack to Saturday Night Fever.


Barry Gibb - photo Desiree Prieto
This new album sees Gibb recording at the famous RCA studios in Nashville where he recreates the songs of the Bee Gees wrapped up in a country, bluegrass and Americana package. That might sound like a bad idea on paper but the project works wonderfully well. It is hardly a solo album though as guests on the album include Alison Krauss, Dolly Parton, Keith Urban, Sheryl Crow and Olivia Newton John amongst others with the melodies and harmonies rearranged for the guests.

Keith Urban is the first guest on I’ve Gotta Get A Message To You. The arrangement differs little from the original version with both voices working in tandem. Alison Krauss joins Gibb on the soulful Too Much Heaven. Rather than turn the song into a country jamboree, producer Dave Cobb has stayed true to the original with Gibb’s voice sounding as strong as ever. The lush instrumentation adds an even more touching element.

Dolly Parton turns up on Words. It is quite enthralling to hear her distinctive voice opening up the evergreen track. She does not go over the top and seems quite restrained before Gibb comes in, this time his voice is in a deeper key to the original. 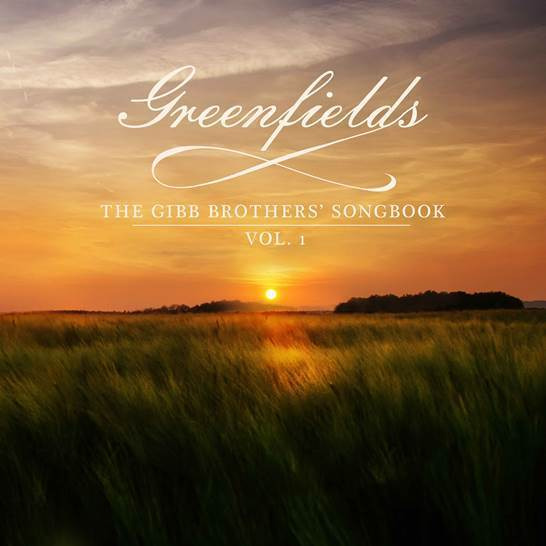 Up to now all the tracks were ballads in their first guise. Jive Talking is the first track that has been slowed down. Miranda Lambert and Jay Buchanan take the place of the other two original Bee Gees. Keeping the original hook of the song intact keeps the track faithful to the original.

How Deep is Your Love sees Tommy Emanuel and Little Big Town add a new dimension to the original. It isn’t that far either from the Take That version. What makes the track though is the distinctive voice of Gibb.

Olivia Newton John guests on Rest Your Love On Me. I’m unfamiliar with the original but this sounds a fine introduction to a heart felt ballad.

Hopefully when the pandemic is over he might even perform Greenfields with some of the artists involved. There might even be a Volume 2 as the name of this new album suggests there is more to come.

In the meantime though his brothers would be proud too of this great album; the songs are kept alive and the legacy of the Bee Gees' songbook remains firmly intact.