Poem Of The Week: 'Fox' By Graham Mort

The fox in the headlights
knows it shouldn’t be here,
caught on the road through
the larch wood, just stepping
out to the chicken coop.

The fox is skittish;
it’s made a faux pas,
executes a sorry jump
from pointed toes – a ginger
novice in the dancing class.

This is a thin fox caught
in sharp light, nervously
swishing the white tip
of its tail, painting itself
out into the dark.

A few strokes and its gone
into a chiaroscuro dusk;
it shouldn’t have been there
on the road, in this poem –
dancing, up to no good. 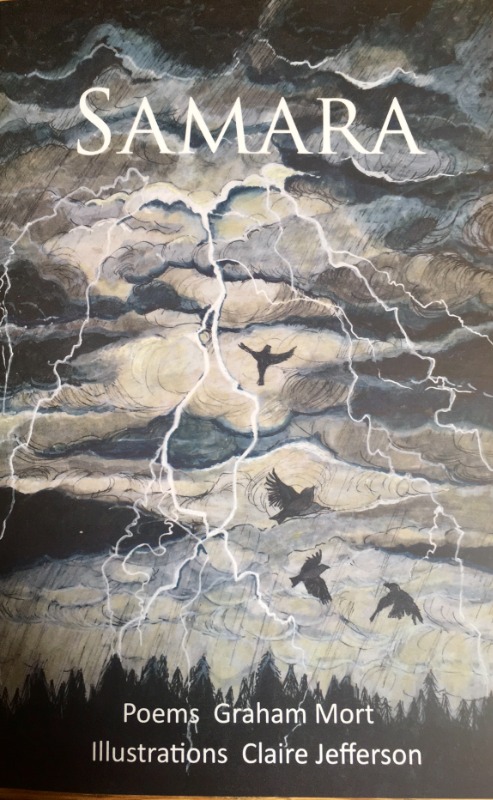 In an instructive preface to the book from which ‘Fox’ is taken, one meaning of the titular Samara is given as ‘companion in night talk’. And in a sense, Graham Mort’s fine poem of studied observation and reflection describes an intimate nocturnal ‘dialogue’ between the narrator and the observed.

A slight insouciance is betrayed by the poet’s preoccupation: his attention to momentum is rendered in a purposeful rhythm which stutters only as the fox’s progress falters. Mort’s fox is near-sentient, the embodiment of a ‘skittish’ singularity of purpose characterized by padding, nosing curiosity, and, although illuminated first in headlights, then in the flickering, ‘chiaroscuro’ revelation of shadow, the animal disappears into the dusk as though into the canvas of a pre-ordained landscape. For the fox is as liminal as metaphor, as much a construction of imaginative process as a tangible phenomenon.

The animal is a ‘Thought Fox’, a presence insinuated into the narrative brazenly, caught in the wrong terrain like an unsolicited thought. Occluding the boundary between life and Art, the creature out of harness demands acknowledgment, becomes the poem. ‘The page’, as Ted Hughes said, ‘is printed’.


‘Fox’ is taken from Samara and is published by 4word. The poem is reproduced here with the kind permission of Graham Mort

For more information: https://www.4word.org
Also by Steve Whitaker...
Poem Of The Week: 'Sonnet 29' By William ShakespeareReview: Ings Strings At Art In The Dale, Kirkby MalhamPoem Of The Week: 'This train has left the city ...' by Paul HenryAlbum Review: Staring At The Sun: Talking About X By JARRPoem Of The Week: 'Giorno Dei Morti' By D. H. Lawrence (1885-1930)