Trust the year they decide to hold the Royal Variety Performance in Blackpool again after an 9 year absence we are in lockdown. 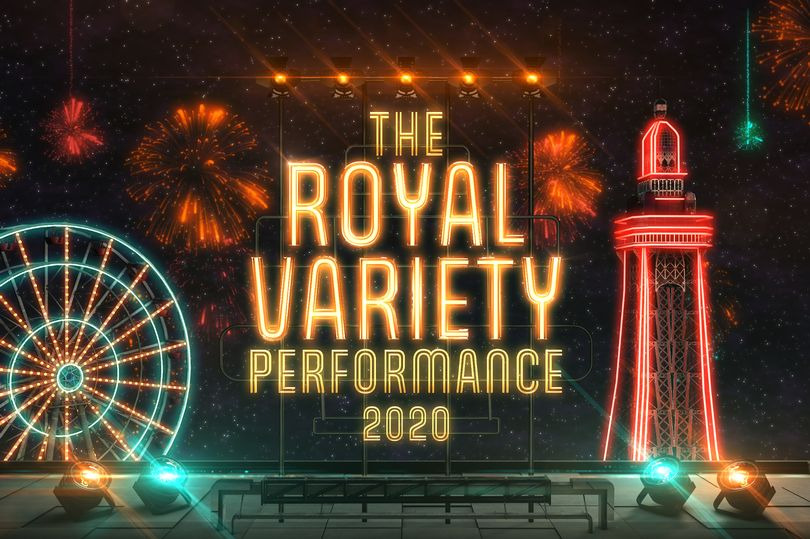 It is a cracking show that they have lined up this year, the big American acts you sometimes get appearing are absent due to the travel restrictions. Nevertheless if you want to forget the strain of the last 9 months then I think if you watch the extravaganza you will have found the perfect pick me up. 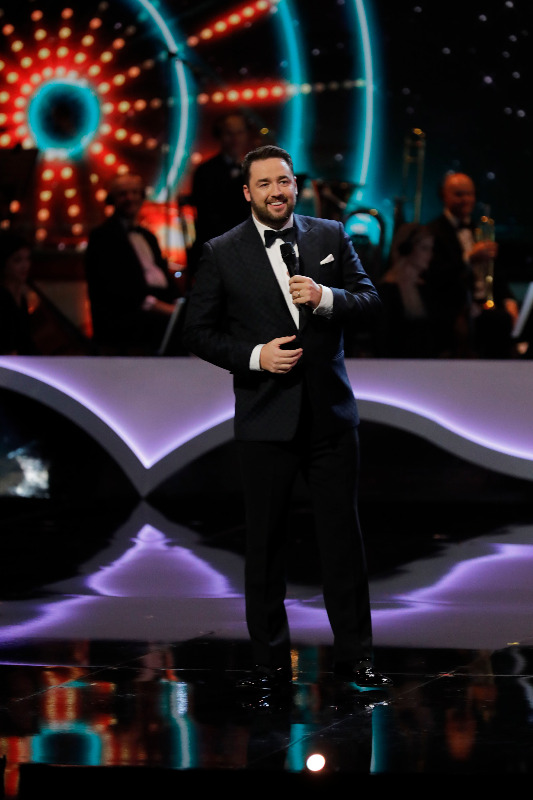 Jason Manford
A virtual audience makes up for the lack of the regular audience, if you watch carefully you might spot Paul Chuckle from the Chuckle Brothers.

HRH The Prince of Wales delivers a greeting by way of a video message, to put the Royal element in the title of the show. In his speech the Prince says that with the event going ahead it proves “the show really can go on”. 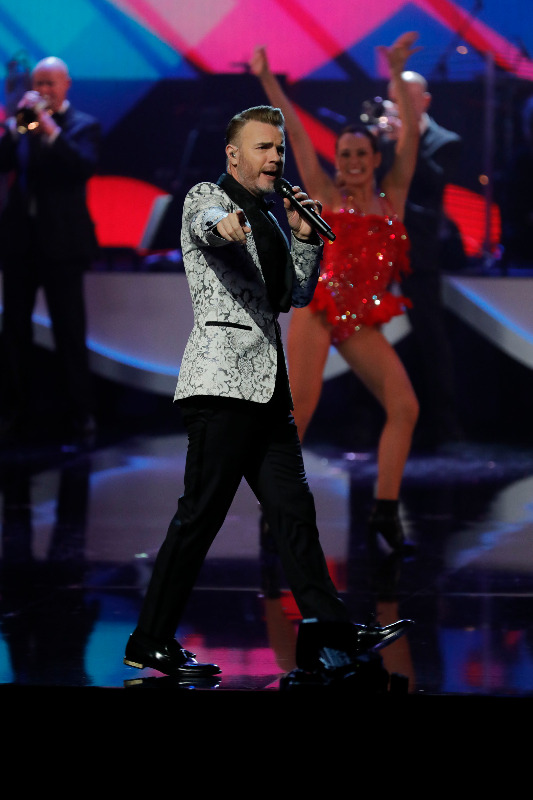 Gary Barlow
Northern actor and singer Jason Manford does a sterling job as presenter. I liked the way he appears on the balcony of the Empress Ballroom and walks onto the stage of the Opera House, singing, As If We Never Said Goodbye. He cracks that Blackpool is “the Las Vegas of England” which might sound a good joke, but it’s not too far from the truth.

Gary Barlow makes his 8th Royal Variety Performance as he performs his new single, Incredible from his new solo album, Music Played by Humans. They even have given him a different hair style to go with the ambience of his new jazzier sound. 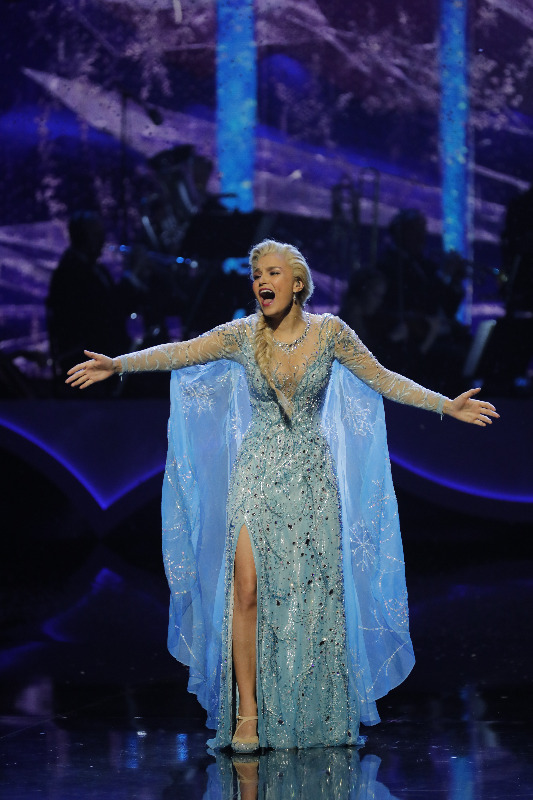 Samantha Barks as Elsa from Frozen The Musical
Frozen the Musical is due to open in London in the West End in 2021, predictably the song they preview is Let It Go. I can just see the nations younger members asking their parents if they can go and see the show, after they witness this moving rendition. 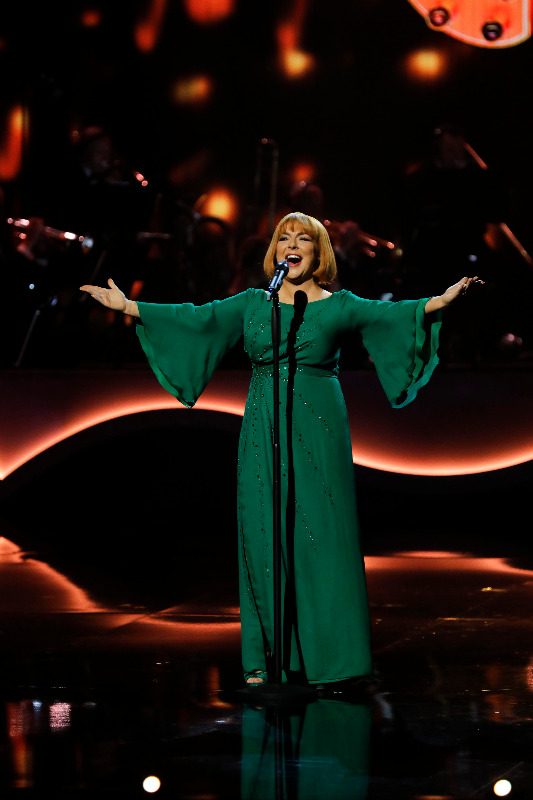 Sheridan Smith as Cilla
Elsewhere Stephen Mulhern does some magic tricks. Celeste sings her song that is featured on the John Lewis Christmas advert - the phrasing on her voice makes the track sound like a song that Adele never recorded. Joan Caulfield cracks some jokes that will have you laughing, Sheridan Smith promotes her role as Cilla Black in the Cilla Musical and Melanie C along with her dancers does a routine that has come straight off an old Madonna video.

Britain’s Got Talent winner John Courtney was a surprise with his spot - I will not spoil what he does, but it’s a real winner.

Steps sing an Abba by numbers track, Something In Your Eyes, as cheesy as Blackpool can be and just as entertaining.

Tributes are given to the stars who have died this year - a lot of these have appeared in Blackpool over the years in summer seasons such as Bobby Ball and Eddie Large as well as Des O’Connor.

Michael Ball performs the lockdown anthem, You’ll Never Walk Alone with Yorkshire man Captain Tom. Ball’s tribute to Captain Tom is sincere, passionate and moving as you will see when the show is aired.

In the tradition of all Royal Variety Performance’s there is the grand finale, with this year the NHS Voices of Care along with the whole cast of the show.

Royal, regal and robust - the show really does go on.


The show broadcasts on 8th December at 8pm on ITV 1

Also by Graham Clark...
Light At The End Of The Tunnel - Coppermines Cottages In The Lake DistrictBook Review - All The Tw*ts I Met Along The Way - Carolyn Hobdey (Filament Publishing)Interview With Daniel DonskoyMidge Ure Announces 2022 TourInterview With Kerri Watt