Some stories just stand the test of time, and one of them has undoubtedly been Noel Coward’s delightfully spirit-ed stage play Blithe Spirit. 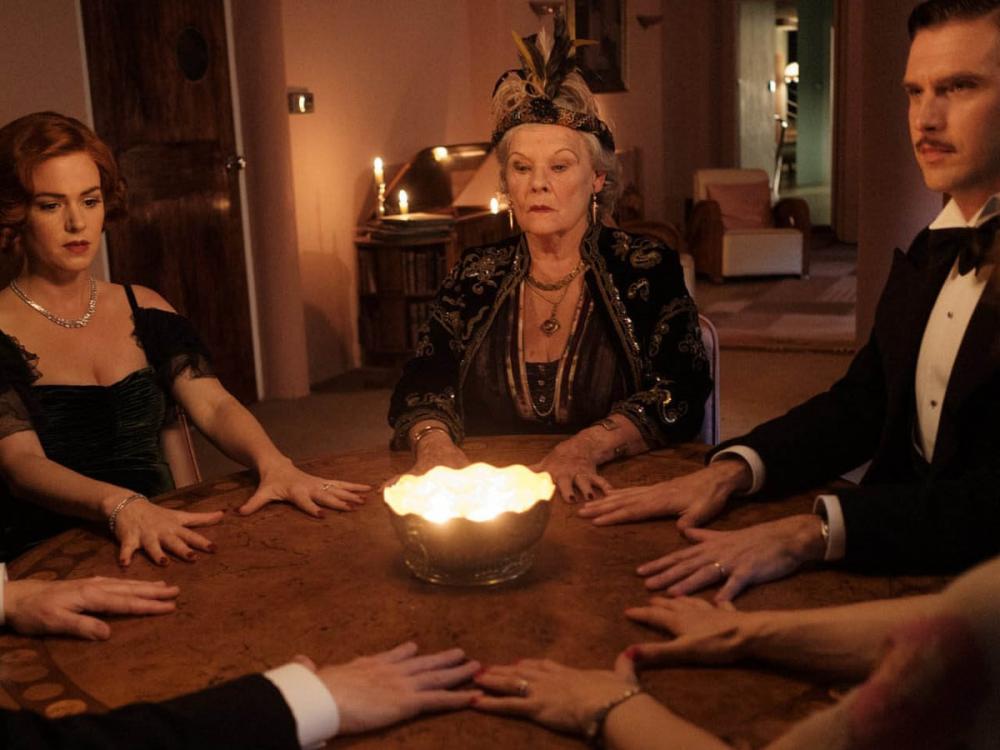 Since its 1941 West End debut, the story has been adapted numerous times by a vast array of talents and continued to strike a chord with viewers. However, when it comes to the big screen, David Lean’s Oscar-winning 1945 film remains the ultimate adaptation - produced by Coward himself - which has in time earned a deserved reverence as a British classic.

Now, as part of Sky Cinema’s original films range, Blithe Spirit returns to the big (or for the moment small) screen!

The story sees struggling writer Charles Condomine (Dan Stevens) plagued by severe writer’s block as he is penning the screenplay for a film adaptation of one of his own novels. In an attempt to give himself inspiration he organises a seance evening for his wife Ruth (Isla Fisher) and their friends, featuring recently embarrassed stage medium Madame Arcati (Judi Dench). And inspiration he soon finds but in the most unexpected of ways, as Arcati brings back the ghost of his first wife Elvira (Leslie Mann), which needless to say, does not go down quite so well...

Nick Moorcroft, Meg Leonard and Piers Ashworth’s screenplay sticks somewhat close to Coward’s tale with a few twists here and there, and some attempts at modernising the themes of the story. Sadly this new version just fails to capture anywhere near the same wit or spark as Coward's brilliant play, and when compared to Lean's marvellous 1945 picture (which bafflingly made better use of special effects than this one), this new take struggles all the more.

To say how much has been invested visually in the film, it is rather odd that the ghostly presences themselves have no distinction or identity onscreen from their living counterparts, and in terms of dazzle dazzle, there really is very little here, considering the potential of the story being told. Additionally, the modern intentions often come across as very forced and unpleasant at times. Especially with some erectile dysfunction gags, which seem out of place.


Also by Jack Bottomley...
Review: Framing Britney SpearsReview: SoulReview: Wonder Woman 1984Review: UnhingedReview: The New Mutants
As director Edward Hall’s picture feels the need to drive home an empowered message (despite the story being empowering anyway), it in turn makes most of the main cast caddish, cold or near psychotic. Charles has always been a flawed man but never quite the villain he is here, while Elvira’s wicked streak is turned up to such ridiculous volumes that it creates a rather monstrous bloodthirsty character and Ruth just randomly veers tonally as a character throughout. It all leaves a particularly sour taste come the conclusion, which leans into the stories darker elements with wanton glee, and instead of keeping a charismatic flavour to proceedings, instead turns rather mean-spirited.

Thanks to a superbly talented cast, Blithe Spirit does conjure some worthwhile moments. Stevens invests himself into the eccentricity of the part, while Fisher and Mann do manage to craft some fun moments as the battling wives of past and present in-between some of the misguided moments of the script. Though it is Dench as Arcati, who comes away with the most to work with, as Margaret Rutherford showed, this part is a show stealer and Dench brings warmth to the medium, especially in a nice sub-plot, which gives the film some much-needed heart and happiness and this character more backstory.

Sadly, this colourfully dressed adaptation ends up as a well cast let down overall.