Run With The Fox

There are many things we hadn’t really heard of just a year ago that have now become part of everyday conversation, so ubiquitous that they have become normalised: coronavirus; self-isolating; social distancing; Laurence Fox. Sure, you may have been vaguely aware of them before: I think coronavirus had a bit-part in a couple of episodes of Inspector Morse. But even Dominic Cummings couldn’t have super-forecasted the career trajectory of Fox, not even if he retrospectively altered his blog to account for it. 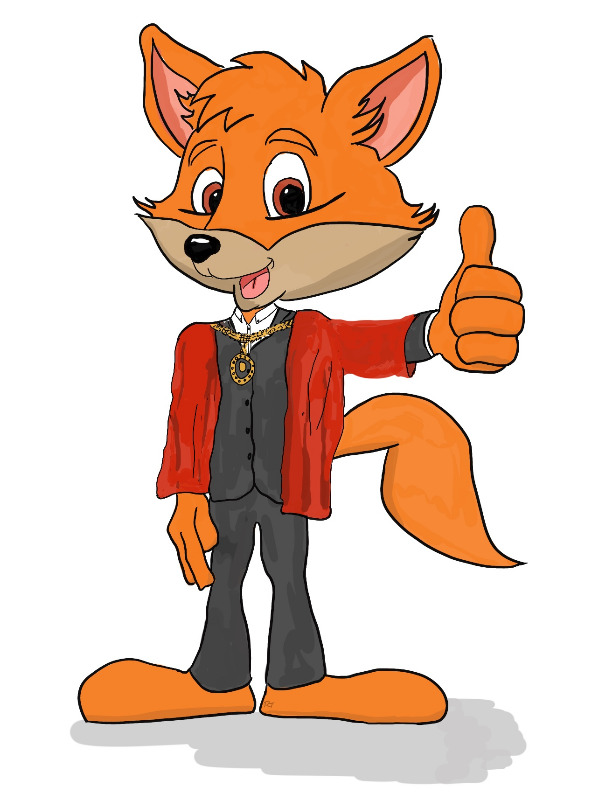 Anyway, I’m glad to hear that Fox is aiming for a new role as Mayor of London. It’ll be great news for this year’s Dick Whittington panto in Stockport. Oh no, sorry, my mistake! He’s apparently running for the London mayoralty. And why not? After all, if a journalist can do the job, why not an actor? Next stop: prime minister. Before we know it, he’ll be cutting nurses’ pay and announcing increases in nuclear weapon capabilities, as Boris Johnson did this week when talking through his arsenal.

I wonder in what way he’s being silenced though? What is it he actually wants to say? Maybe it’s some of those things that Fox’s fellow Sunday Telegraph columnist, Julie Burchill, chose to say to Ash Sarkar, for which she’s now been made to apologise and pay damages. You see, Laurence, you can say what you like! It’s just that you may have to take responsibility for it and apologise afterwards.

Fox was keen to castigate the media for its complicity in “[strangling] public debate”. “Do you remember when the BBC used to do its job?” he wrote. Yes, I do. It was the same time as when actors stuck to acting.

I also remember when Question Time was reserved for politicians, rather than random jobbing actors such as, er, Laurence Fox. I thought Question Time was – literally – a “public debate”, but I guess Fox knows better. It must be tough being silenced both by the Sunday Telegraph and Question Time.

But what else does the Fox say? (And no, it’s not “Fraka-kaka-kaka-kaka-kow”, though that’s about as coherent.) “As a small child, I always thought that Britain was brilliant at everything,” he began. I can only assume he never watched the European Championships during the 80s.

“Hurricanes and Spitfires dancing around the sky,” he went on, “vastly outnumbered, holding fast against the relentless juggernaut of fascism that had swept across Europe, ready to cross the channel to suffocate Britain in its deadly embrace.” Oh. It’s the war again, isn’t it? What is it with this obsession with wars by people who have never had to fight for anything?

“I am being deliberately flowery and rhetorical,” continued Fox. Well, that’s one way of describing it, I suppose. I can think of other words, though most of them are much shorter. “But I feel it’s important to confess just how much I am in love with these tiny island splotches we call home.” Tiny splotches? That’s not flowery, it’s insulting! He’s talking Britain down, the traitor!

“Whole areas of public discourse have become minefields,” Fox said. I thought minefields would be a good thing for someone who likes war so much. “Where a wrong step sees your career and livelihood ended overnight.” It’s not that bad, Laurence. You were still able to put out a second album, even after people had heard your singing on the first one.

“Why must we focus on Freedom of Speech?” Fox continued. Why indeed, Laurence. Do tell. “Because that is what ensures democracy and government that fully reflects the views of the people.” I would have thought Proportional Representation might help more. Maybe he could campaign on that?

But no, it’s statues again. “Statues stand to the great and the not so good to teach us about those that came before,” said Fox. It sounds like he’s campaigning for those Jimmy Savile and Michael Jackson statues to be put back. Oh wait, not those statues. The other statues. “Where does this desire to strip us of our history end? Surely Queen Victoria, the epitome of empire and white privilege, should be torn from her plinth in front of Buckingham Palace to be swiftly replaced with a monument to Greta Thunberg or Piers Morgan?” Well, it’s an idea, I suppose. But Piers Morgan? That suggestion hasn’t aged too well. Morgan shortly afterwards left his breakfast TV role because of offensive things he said about Meghan Markle. You see, Laurence: you can say what you like. But…responsibility.

Morgan announced that he was “off to spend more time with his opinions”, which I doubt is even possible, though Susanna Reid must be grateful. Morgan couldn’t resist quoting Churchill on his way out: “Some people’s idea of free speech is that they are free to say what they like, but if anyone says anything back, that is an outrage.” This might have been slightly more effective if he hadn’t done exactly that, being offended and walking out of the breakfast TV studio when the weatherman dared to say something back regarding his comments on Markle. Outrage!


Also by Roger Winterbottom...
Honesty Is One Of A Range Of OptionsWill Johnson The Pleasure Bot Have a Premature Relaxation?Operation Close Stable DoorThe Lockdown ThreequelReview: Troubled Blood By Robert Galbraith
And so to the biggest recent news story. It’s a tale of racism, alienation, xenophobia and tabloid anger, ultimately leading to the abandonment of position and leaving the country. No, not Meghan and Harry. It’s that Nigel Farage has announced he’s quitting politics. Call me cynical, but I think I’ve heard this one before. How many times has he signed off now, only to return seeking a few more donations? Still, with his spiritual successor setting his sights on being Mayor, perhaps he truly can leave the stage this time: Brexit, pursued by a Fox.