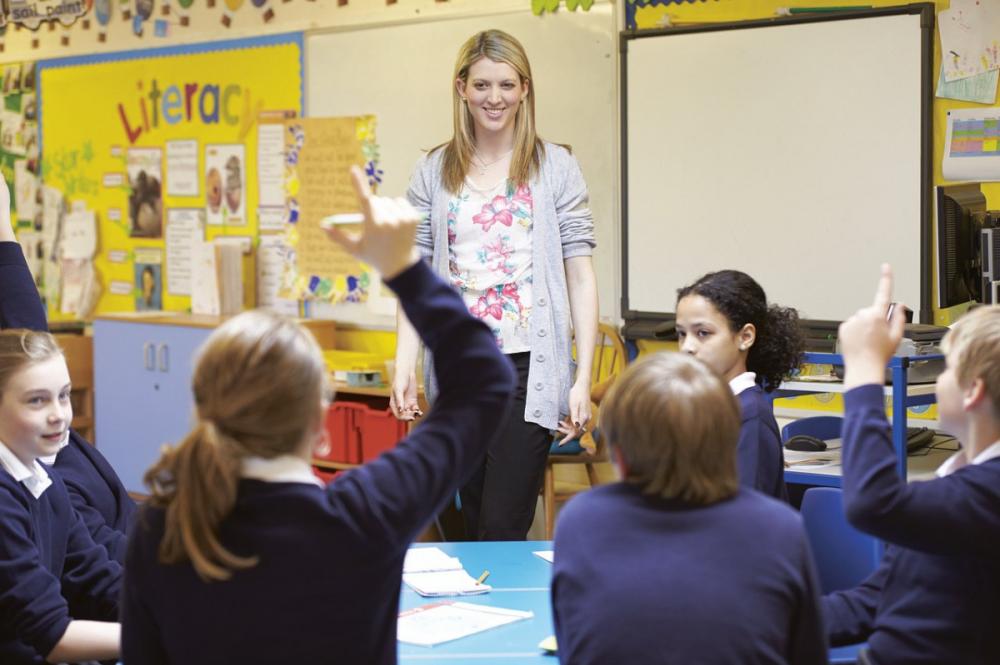 Teaching has been voted one of the most respected careers in the North West, according to education charity, Teach First. The charity recruits, trains and places trainee teachers in schools serving disadvantaged communities.

As part of a national poll carried out by broadcast specialist Markettiers, four in ten (45%) of those surveyed in the North West voted teachers as one of the most respect careers, alongside doctors (64%).

The charity also reveals a third (30%) of people in the North West have thought about becoming a teacher – with roughly half of those (14%) saying the past year has encouraged them to think about it.

Almost half (43%) of those in the North West agree that people underestimate how much impact a teacher can have on someone’s childhood, while half (50%) believe that teachers shape the future generation in wider society. Almost a third (29%) believe that their favourite teacher had a positive impact on their life.

“Teaching is a profession with rewards like no other,
With many joining the profession during the Covid-19 pandemic, Teach First trainee teachers are playing a key role in helping their schools support communities that have faced incredible disadvantage and uncertainty due to the pandemic. The poll is further evidence of the importance of teaching as a career, with teachers playing an essential role in the futures of young people to ensure they can maximise their potential.

The pandemic seems to be changing the public’s perceptions on teachers’ impacts, with three in ten (35%) of those in the North West surveyed saying that the pandemic made them rethink how important teachers are to their local community, by stating that they have been vital to their local area. Four in ten (45%) also agreed that teachers aren’t given enough credit for the work they do.


“Teaching is more than the usual classroom activities.
Alongside this, four in ten (43%) of people in the North West also feel that teachers in their local community need to be given being given more time to support their pupils, while three in ten think they should be paid more (35%) and that schools in their local areas need better learning resources (31%). As part of their school recovery manifesto, Teach First is calling for more support through a significant increase in funding for schools serving disadvantaged communities over the next five years, to address growing inequality in education.

Encouraging the general public to think of the positive impacts of teachers, when asked their favourite teacher of TV and film, the North West voted Matilda’s Miss Honey, followed by Karate Kid’s Mr Miyagi, and Whoopi Goldberg’s Sister Act 2 character - Sister Mary Clarence. The North West favoured the fictional teachers’ patience (32%), wisdom (25%) and communication skills (23%). It seems that they value the same qualities in real teachers of today, citing patience (63%), communication (49%) and wisdom (36%) as the attributes that real teachers display.