The Benefits Of Perseverance 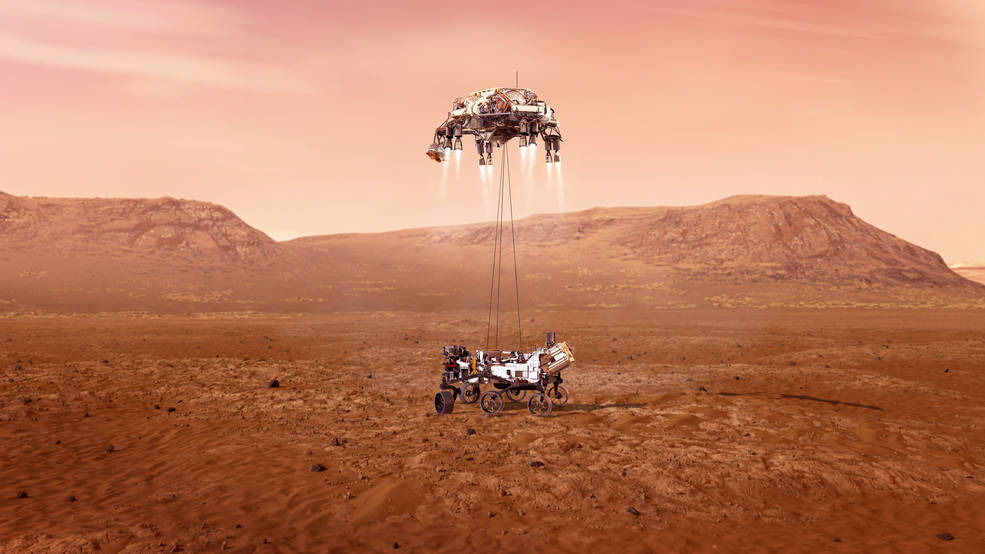 An illustration of NASA’s Perseverance rover landing on Mars. Image credits: NASA/JPL-Caltech
The 28 mile wide Jezero Crater sits on the western edge of Isidis Planitia, a giant impact basin slightly north of the Martian equator. Jezero was chosen as 3.5 billion years ago the crater probably had its own river delta and was filled with water. And where there's water there could be life. 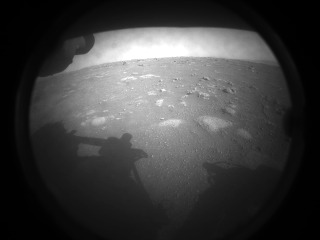 This is the very first image from Perseverance. Much, much better quality images will soon follow
About the size of a large SUV, the most advanced rover NASA has sent to another world touched down on Mars, after a 203-day journey traversing 293 million miles.

The Perseverance rover is packed with groundbreaking technology and is part of an ambitious first step to collect Mars samples and return them to Earth.

Perseverance has seven primary science instruments, the largest number of cameras ever sent to Mars, and using an exquisitely complex sample sample caching system – the first of its kind sent into space - the rover will scour the Jezero region for fossilized remains of ancient microscopic Martian life, taking samples along the way.

The Mars Entry, Descent, and Landing Instrumentation 2 (MEDLI2) sensor suite collected data about Mars’ atmosphere during entry, and the Terrain-Relative Navigation system autonomously guided the spacecraft during final descent. The data from both are expected to help future human missions land on other worlds more safely and with larger payloads. 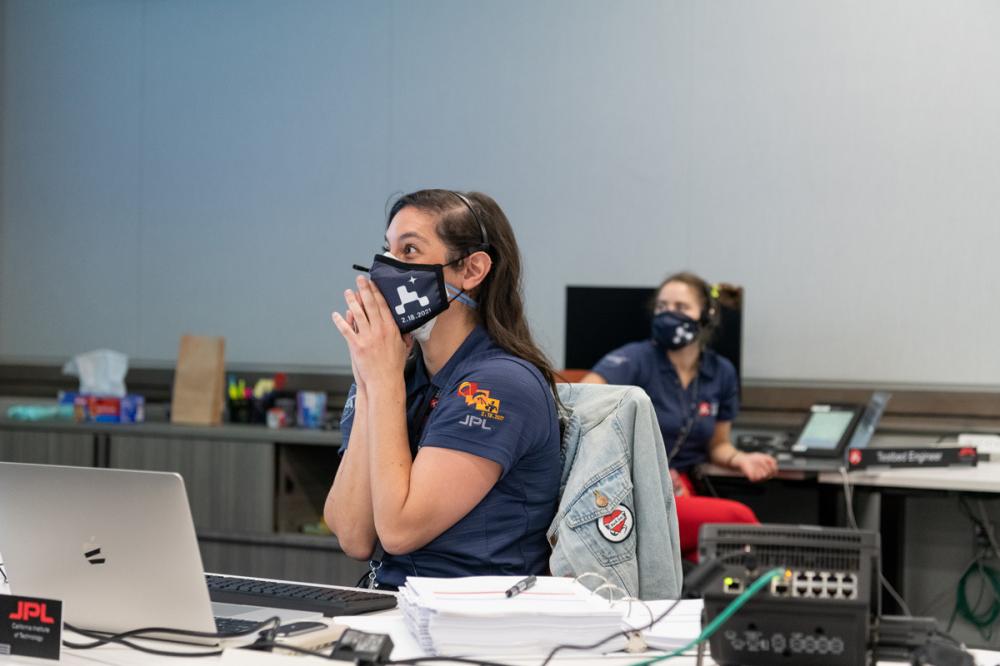 Engineer Mallory Lefland experienced the tension and relief shared by the team on landing day
On the surface of Mars, Perseverance’s science instruments will have an opportunity to scientifically shine. Mastcam-Z is a pair of zoomable science cameras on Perseverance’s remote sensing mast that creates high-resolution, colour 3D panoramas of the Martian landscape. Also located on the mast, the SuperCam uses a pulsed laser to study the chemistry of rocks and sediment and has its own microphone to help scientists better understand the property of the rocks, including their hardness.

Located on a turret at the end of the rover’s robotic arm, the Planetary Instrument for X-ray Lithochemistry (PIXL) and the Scanning Habitable Environments with Raman & Luminescence for Organics & Chemicals (SHERLOC) instruments will work together to collect data on Mars’ geology close-up.


An illustration of the view around the rover inside the Jezero crater
PIXL will use an X-ray beam and suite of sensors to delve into a rock’s elemental chemistry. SHERLOC’s ultraviolet laser and spectrometer, along with its Wide Angle Topographic Sensor for Operations and eNgineering (WATSON) imager, will study rock surfaces, mapping out the presence of certain minerals and organic molecules, which are the carbon-based building blocks of life on Earth.


Also by Richard Trinder...
COPulation!Lobbyists Pollute COP26News So Far From The COP EndBoris COPs Off But The Talking ContinuesCOP26: Why All The Fuss about Methane?
Astrobiology

A primary objective for Perseverance’s mission on Mars is astrobiology research, including the search for signs of ancient microbial life. The rover will characterize the planet’s geology and past climate and be the first mission to collect and cache Martian rock and regolith, paving the way for human exploration of the Red Planet.

Subsequent NASA missions, in cooperation with the European Space Agency (ESA), will send spacecraft to Mars to collect these cached samples from the surface and return them to Earth for in-depth analysis.

The rover chassis is home to three science instruments, as well. The Radar Imager for Mars’ Subsurface Experiment (RIMFAX) is the first ground-penetrating radar on the surface of Mars and will be used to determine how different layers of the Martian surface formed over time. The data could help pave the way for future sensors that hunt for subsurface water ice deposits.

Currently attached to the belly of Perseverance, the diminutive Ingenuity Mars Helicopter is a technology demonstration that will attempt the first powered, controlled flight on another planet. We will undoubtedly hear much more about that soon.

“Perseverance is the most sophisticated robotic geologist ever made, but verifying that microscopic life once existed carries an enormous burden of proof.

“While we’ll learn a lot with the great instruments we have aboard the rover, it may very well require the far more capable laboratories and instruments back here on Earth to tell us whether our samples carry evidence that Mars once harboured life.”