The Greatest Doublecross In The History Of Espionage: Our Friends In Berlin By Anthony Quinn

It’s always good to be offered something different to read and this came from the shelf of my brother who answered my plea. Good choice!

Our Friends in Berlin is a tale of wartime espionage which neatly combines both a love story and a thriller. Within the pages lie a marriage bureau, MI5 and a group of Fifth Columnists, intent on ensuring World War Two victory for Hitler and the Fatherland, as they pass on valuable intelligence to the Nazis – or so they think. The enemy hides in plain sight and is perfectly plausible, so who can you trust? There are agents and double agents, bluffing and counter bluffing at every turn. Well, it is the world of spies and there are moments when the reader becomes as suspicious as the characters who know it pays to look behind you, and that a lack of vigilance may mean discovery and even death.

The novel begins in London in 1941 and ends in 1948 with a brief flashback part way through, to 1935. Quinn captures the atmosphere of 1940's London both during the London Blitz and in the months leading up to the Normandy landings, in June 1944. While there is a sense of forced gaiety in war-torn London, Quinn also blends in the sense of loss and loneliness, handling both with sensitivity. 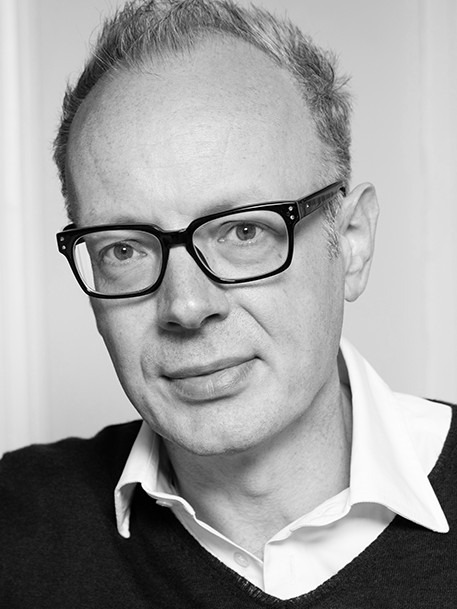 Anthony Quinn
The principal character is Jack Hoste, a former bank clerk who has previously been recruited into the shadowy spy world, apparently leading the Fifth Columnists in London, and with a direct link to Berlin. At the start of the novel, he is looking for the most dangerous Nazi agent in Britain. The stakes are high. Victory depends on it. His best lead is Amy, who could best be described as an ingénue with an appealing innocence and modesty, along with a serious lack of experience in the world of Nazi sympathisers. She has an endearing quality about her as countless ‘coincidences’ pass her by unnoticed. She is surrounded by friends: dependable Joanna, the spirited Bobby and the darkly alluring Marita - although people are not always what they seem.

Jack Hoste needs to be able to blend discreetly into his surroundings and Quinn successfully achieves such an appearance - this reader could not describe him physically which means that the novelist’s magic has worked, but there is a strength of character about him which is solid and dependable, not least when he protects Amy from the blast when they are caught out in an air raid and later, when he puts his life on the line for her once again. Hoste’s handler, Tessa, is cold and sharp, incisive when necessary yet has the bloom of one who is happily pregnant, adding a thoughtful dimension to her character. And there are some wonderful cameos: Traherne and Moody to name but two. There is lively interaction between all the carefully drawn characters; Quinn has an eye for detail which makes his cast leap off the page. The blitzing of London is realistic and authentically conjured and the vagaries of war seem almost normal. Death brings with it both grief and relief while murder is justified at every turn.

The novel was inspired by the release of MI5 files in 2014 which showed how, during the war, a London-based agent, codenamed Jack King, posed as a Gestapo spymaster in order to infiltrate a growing band of homegrown Nazi sympathisers intent on sabotage. Believing he had a hotline to Hitler, hundreds of Britons fed King intelligence.


Also by Artis-Ann ...
Review: Not For All The Tea In China By Chris Burrows‘Goddesses, Housewives Or Whores’: Women Of York By Claire Shaw‘You Have To Know Your History If You Want To Put Things Right’ : Charity By Madeline DewhurstPractise To Deceive: Transcription By Kate AtkinsonJamaica Inn By Daphne du Maurier - A Review
In these days when anti-Semitism is frequently discussed in the media, Quinn makes a brave (contextualised) point when he refers to ‘comments about… members of the Jewish faith’ being unexceptional, ‘the sort of thing you hear every day’. Equally, he makes clear that misogyny and the lack of opportunities for women are nothing new. This novel provides a glimpse of real life in wartime London and of people who don't necessarily fit the popular image of wartime heroes and their escapades of ‘derring do’, but shows how even the meekest amongst us could be called upon to serve our country.


Our Friends in Berlin is published by Vintage