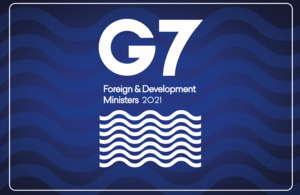 "The Foreign Secretary and Minister Le Drian discussed the importance of cooperation ahead of COP26, particularly on international climate finance.

"Both minsters discussed the need to ensure ambitious action to replenish the Global Partnership for Education. They also discussed the ongoing bilateral work to tackle illegal migration in the Channel and the need to work closely on the challenge it presents.

"Finally, both ministers agreed on the strength of the UK-French partnership and discussed how they could work together to address shared concerns including climate change, vaccines supply and global health."