Going ‘Wild’ Could Hit Your Pocket! 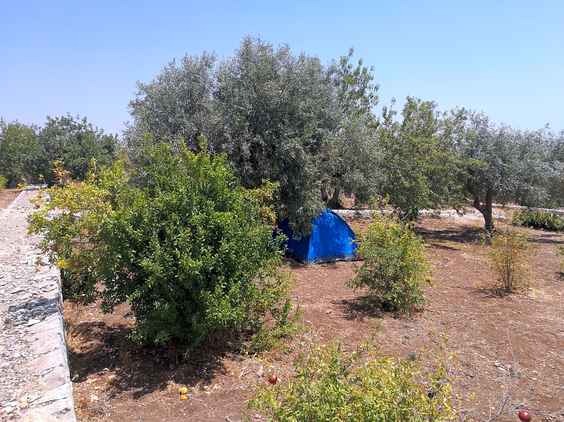 Wild camping can be an incredibly peaceful and exciting experience, but making sure you’re doing it in a safe and legal way is extremely important.

It’s easy enough to pitch up anywhere you would like, but many countries across Europe have different rules and regulations on what you can and can’t do.

If you are caught wild camping in an area that does not permit it you can be fined, which will make your ‘free’ camping trip not so free.

Here's a brief overview with a website link for more details:

United Kingdom
The UK has some of the world’s most beautiful countryside, with miles and miles of green fields, perfect for camping. However, most areas within the UK prohibit you from pitching up wherever you want.

Wild camping is only legal in England if you have asked for the landowner’s permission, as most land in England is privately owned, with one exception.

Dartmoor National Park is the only place in England where wild camping is officially permitted. However, there are still restrictions on where you can set up camp.

The rules in Wales are similar to England: you’ll need to seek the landowner’s permission before pitching up.

In Scotland right-to-roam laws are still in place, which means that wild camping is still legal.

You can set up and camp in certain areas across Scotland as long as you follow the Scottish Outdoor Access Code.

However, it is important to note in places like Loch Lomond and the Trossachs National Park, you are required to purchase a camping permit between the months of March and September.

The permit is around £4 a night, but in peak season they have been known to sell out for the most popular areas, so always try to plan around four months in advance.

For a ‘nearly wild’ camping experience, you can visit the Isle of Rum Campsite. This remote site on a car-free island has stunning views across Loch Scresor, with plenty of chances to spot the local wildlife or just lay back on site and look out over to Skye in the distance.

Germany
Wild camping is strictly prohibited in Germany and if you pitch your tent in a German forest, you risk receiving a fine of up to 500 euros - or even more if you do so with a camper van.

If you are desperate to experience the wild forests Germany has to offer, there are several ‘nearly wild’ campsites available, giving you the best of both worlds - the space and nature of a wild camping experience and the comfort of knowing there are safe amenities nearby, with no risk of being fined!

Portugal
Wild camping in Portugal has always been prohibited, however, it was tolerated for a long time.

Since January 2021, action was taken against illegal camping, as motorhomes and campervans caused problems around the country, leaving rubbish and ruining natural areas.

However, that changed a few months later. A new law in late 2021 made wild camping in Portugal a legal activity, but under certain conditions.

The law states that outside protected areas, overnight stays are allowed “for a maximum period of 48 hours in the same municipality”.

According to the approved bill, “the overnight stay and parking of motorhomes or similar are prohibited in areas of the Natura 2000 Network, protected areas and areas covered by the Coastal Waterfront Plans, except in places expressly authorised for this purpose”.

The bill maintains fines between €60 and €300 for those who violate these rules.

Italy
Free or wild camping is not legal in Italy, unless you obtain the permission of the landowner first and can cost you between €100 to €500 in fines if you are caught.

It is also important to note that authorities regularly patrol tourist areas and coastlines to enforce this prohibition.

Croatia
Croatia is another country that prohibits wild camping. It is punishable by law and there is a 3000kn (around 400 euros) fine if you are caught.

However, there are several great motorhome sites across Croatia, such as the Bogata Šuma, a family-run campground with over 20 acres of forest near Vojnić, for as little as £23.45 per night.

France
Wild camping in France is legally a grey area, however, is generally tolerated with the permission of landowners, or if you are far away from tourist sites.

Greece
Like England, wild camping in Greece isn't officially allowed, although campers are allowed to pitch their tent if they have the permission of a landowner.

Whilst it is generally a grey area, many people are currently doing it, including the Greeks. During summer, all Greek islands are stormed by free campers with their tent ready to spend some nights on amazing beaches with the best view of the sea.

But again, if you set up somewhere without permission, you can receive fines and get moved from your spot, an inconvenience for many.

There are some beautiful campsites available in Greece, including Camping Kato Alissos, a beachside site with peaceful, dog-friendly pitches and lush greenery situated in West Achaia, there is even a Greek restaurant and a shop selling fresh bread and milk on-site!

Spain
Wild camping is generally not allowed in Spain, and it is also important to understand the difference between parking and camping.

It is illegal to park in any wild, non-camping place and take out the awning, table, chairs or even open the windows (as long as they are not sliding) because that would already be called camping.

This also applies to beaches, and in Spain camping on the beach, or any form of sleeping on the beach is forbidden and you can face harsh fines for doing so, as much as 1000 euros in some municipalities.

For those who love the beach, you can still have a beachside trip, like at Camping Cala Llevadó, a coastal site in the famed and scenic bay of Santa Maria de Llorell with direct access to four sandy beaches including one for naturists.

However, Slovenia is a beautiful place that is a must on the bucket list, particularly visiting The Julian Alps, a mountain range of the Southern Limestone Alps that stretches from northeastern Italy to Slovenia.

Kamp Koren is a kilometre from the town centre of Kobarid and 10km from both the Italian border and Triglav National Park, the perfect spot for an action-packed trip.