The Queen And Her Cars 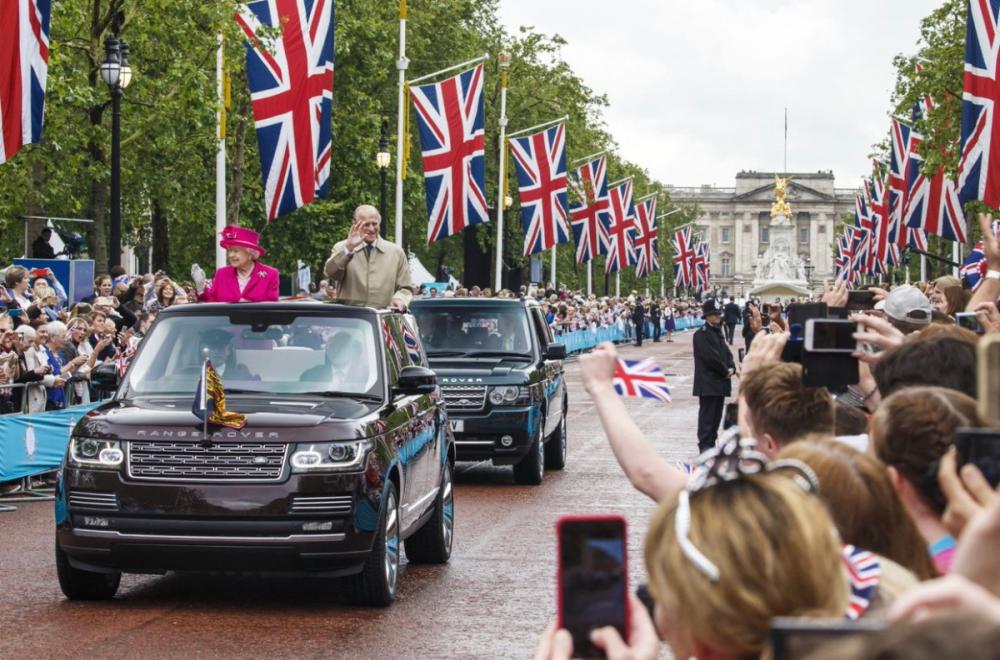 As the Queen’s Platinum Jubilee is now upon us, let us look at how the motor car has figured in the monarch’s life.

We are told the Queen enjoys driving, loves her cars, and there are many pictures of her driving herself, usually on one of her many estates. This might also explain why she is often seen without a seatbelt. She does not have a driving licence and is the only person in the UK permitted to drive without one.

She learnt to drive during the Second World War, driving a first aid vehicle for the Auxiliary Territorial Service. She also trained as a mechanic. 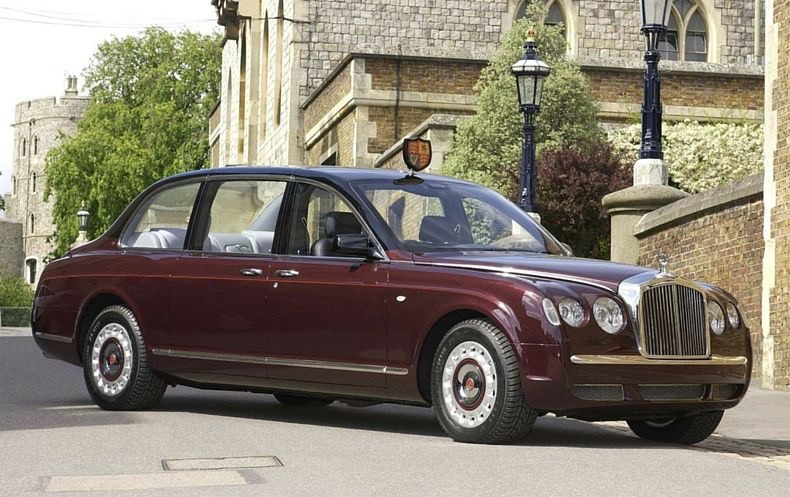 For public engagements the Queen is chauffeured in an official state car, most of which have been hand built to a unique specification. The current Bentley Limousine was specially built for her in 2002, to celebrate her Golden Jubilee. Around a meter longer than the standard car, rear-hinged doors ensure she can stand up straight before getting out, far more dignified.

The unique glass rear ensures that all can get a good look at the Royal occupants as they glide on by. Leather for the rear compartment is eschewed in favour of a warmer and less slippery bespoke cloth. This is of course plenty of hide elsewhere as one would expect.

Cars from Jaguar Land Rover have always figured heavily in the Queen’s life. The company is one of just four carmakers to hold a Royal Warrant for supplying vehicles to the Royal Family.

Defenders have always been the go-to vehicle for forays around the country estates and are of course ideal for the purpose. And no one will forget that Prince Phillip’s choice of transport in latter years was an ageing Land Rover Freelander, which made the news when he was unfortunate enough to have a well-publicised crash on the public highway. 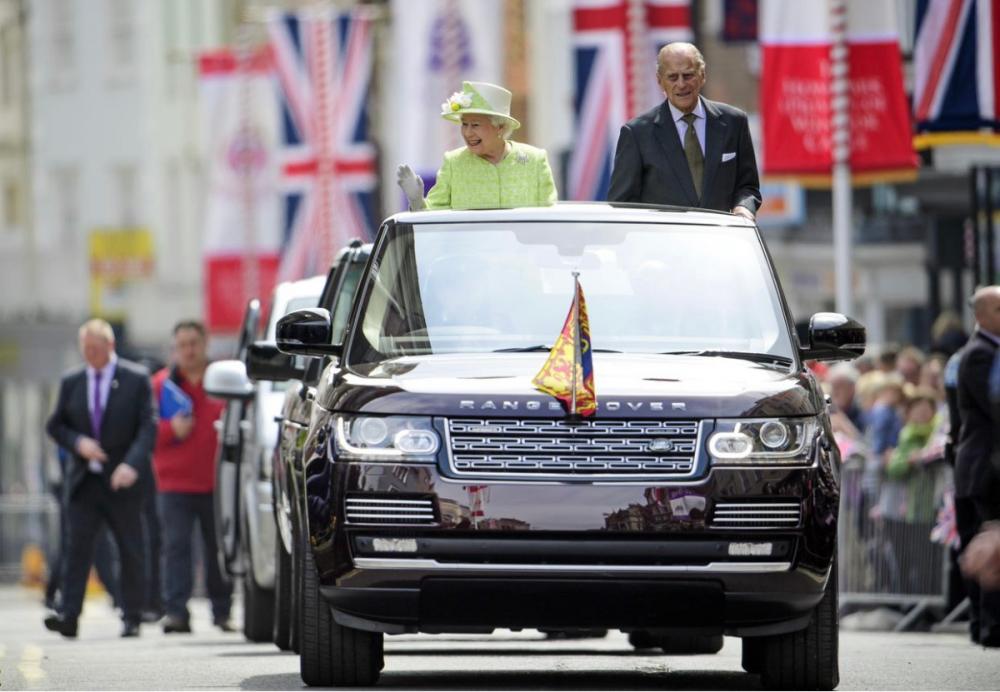 A Daimler Super V8 Long Wheelbase provided Her Majesty with personal transportation from around the turn of the century. Modifications included a special holder designed to carry her handbag. It was also said to have had a radio in the boot with a direct connection to both Downing Street and the Home Office.

Sold in 2013 for the princely sum of £32,000, we suspect it now forms part of someone’s lovely collection. What tales it could tell!

The fifth generation of the Range Rover has just been launched and the Queen was driven to an event in Windsor in one. A wonderful endorsement and no doubt one or two will have been added to the Royal fleet. The cars have been frequently used over the years to drive the Queen to her many engagements.

Online car buying service webuyanycar recently surveyed 1,600 motorists to find out which of the Monarch’s motors is Britain’s favourite. 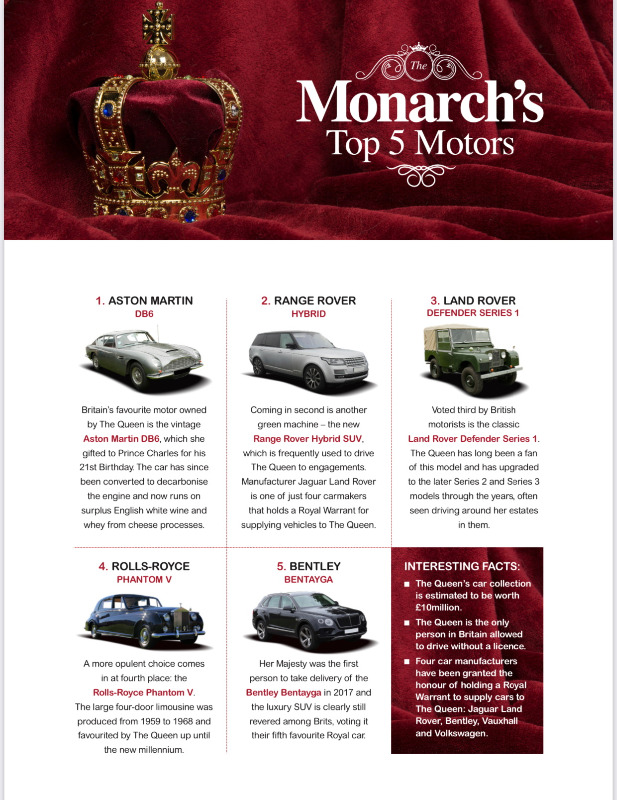 Top spot went to the Aston Martin DB6 Volante which she gifted to Prince Charles for his 21st birthday. In keeping with his green credentials, he has had the car’s engine decarbonised and formulated to run on surplus English white wine and whey from cheese processes. The exhaust emissions must smell divine!

The good old Range Rover took second place with the Series 1 Land Rover rounding out the top three.
Also by Andy Harris...
A New Range-Topper From Citroen - C5 X On TestMG Expands Its Range Of Affordable EVsMazda MX-5 On Test – Still As Good As EverFast Charging Comes To A1 Wetherby ServicesRolls-Royce Ghost – The Black Badge Edition
More in this series...
Music At The JubileeHappy And Glorious!The Queen's Dogs Over The YearsPlatinum Jubilee: Celebrate With The Queen’s Favourite FragranceQueen’s Property Portfolio Worth £3.7bnRoyal Family's Favourite Games To Play During The Jubilee CelebrationsPlatinum Jubilee Coronation Chicken3 Patriotic Cocktails To Celebrate The Platinum JubileePlatinum Jubilee Celebrations Around The WorldThe Jubilee WeekendRoyals On Rails At The National Railway MuseumVisit The World's Smallest Jubilee PartyQueen's Jubilee: How To Celebrate 70 Years SustainablyCan You Spot The Crown In This Jubilee-Themed Brainteaser?6p Pints Up For Grabs At Greene King Local Pubs8 Cake Portraits Of The Queen To Celebrate The Platinum JubileeIt's Jubilee Weekend Next Week Let's Raise A Glass Of FizzThe Union Jack Jubilee Brainteaser That 65% Of People Are Giving Up OnInsuring Your Jubilee Street PartyPlatinum Jubilee: Stay Alert For Street Party Road Closures