search
date/time
frontpagebusinessartscarslifestylefamilytravelsportsscitechnaturefictionwhatson
No cookies. No tracking. No advertising.
family 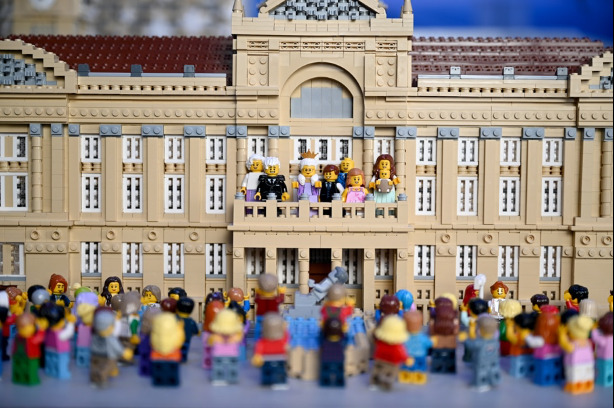 After taking to the throne in 1952, Her Majesty has ‘built’ an extraordinary legacy, serving not only the UK but the masses of countries throughout the Commonwealth. As such, the residents of LEGOLAND Discovery Centre have decided to mark her Platinum Jubilee with a party like no other.

Taking to the streets of MINILAND Birmingham, a mini figure of Queen Elizabeth II can be spotted waving with the rest of her royal family from the balcony, as her Jubilee carriage and mini figures parade the streets in her honour.

With foot guards marching, 350 patriots waving the nation’s flag, streets lined with bunting, reporters on hand and secret service officers watching nearby, it’s an image we’re sure to see replicated in real life throughout the Platinum Pageant and Trooping of the Colour during the extended Bank Holiday weekend.

LEGOLAND Discovery Centre Birmingham’s MINILAND features many of the city’s iconic buildings, from the Bullring to the world’s smallest Primark and now for the first time has its very own regal procession.


Michelle Thompson, Master Model Builder at LEGOLAND Discovery Centre Birmingham, said:
“We are all so looking forward to the Platinum Jubilee celebrations later this month. Her Majesty has been an amazing role model to the country over her 70 years on the throne, so we decided we should do something to honour her legacy, by creating one of the world’s smallest (but greatest) Jubilee celebrations.

“Our mini figures lined the streets of Birmingham to commemorate the queen, and even threw a tiny street celebration complete with a miniature tea party including cucumber, ham and jam sandwiches alongside Victoria sponge cake, biscuits and fruit punch.

“Our Platinum Jubilee celebrations in MINILAND will be on display throughout the lead up to and during the Jubilee, we can’t wait to welcome our guests to our attraction to enjoy the world’s smallest party parade!”

To visit the world’s smallest Platinum Jubilee celebrations, please visit the LEGOLAND Discovery Centre Birmingham website and book your tickets online: https://www.legolanddiscoverycentre.com/birmingham/
More in this series...
Music At The JubileePlatinum Jubilee: Celebrate With The Queen’s Favourite FragranceQueen’s Property Portfolio Worth £3.7bnHappy And Glorious!The Queen And Her CarsRoyal Family's Favourite Games To Play During The Jubilee CelebrationsPlatinum Jubilee Coronation ChickenThe Queen's Dogs Over The Years3 Patriotic Cocktails To Celebrate The Platinum JubileePlatinum Jubilee Celebrations Around The WorldThe Jubilee WeekendRoyals On Rails At The National Railway MuseumQueen's Jubilee: How To Celebrate 70 Years SustainablyCan You Spot The Crown In This Jubilee-Themed Brainteaser?6p Pints Up For Grabs At Greene King Local Pubs8 Cake Portraits Of The Queen To Celebrate The Platinum JubileeIt's Jubilee Weekend Next Week Let's Raise A Glass Of FizzThe Union Jack Jubilee Brainteaser That 65% Of People Are Giving Up OnInsuring Your Jubilee Street PartyPlatinum Jubilee: Stay Alert For Street Party Road Closures